Many of my favorite new-to-me movies from the past year have been from Japan, with several of them shot in a stark black-and-white that adds a palpable layer of doom to already foreboding atmospheres. So maybe I was predisposed to enjoy Onibaba, Kaneto Shindô's tense and desperate drama of desire and desperation that milks plenty of distress from the basic needs of the human condition before nipping into horror for its emotional finale.

Two women — a mother (Nobuko Otowa) and her daughter-in-law (Jitsuko Yoshimura) — struggle to survive in the grasslands of rural Japan while Kichi, their son and husband, respectively, is away fighting in a prolonged civil war. Food is so scarce, the women's only recourse (short of prostitution) is to murder stray soldiers, dump their bodies in a deep pit, and trade the looted armor and weapons for a few bags of millet. However, the bond formed by their co-dependency is tested when their coarse neighbor, Hachi (Kei Satô), returns from the war with some bad news and his own agenda.

Much like Hiroshi Teshigahara's excellent The Woman in the Dunes, Onibaba brilliantly uses a tactile landscape and its relentless weather as a canvas so actively hostile that even before the plot slowly unfolds, the mere fact of existence is established as a riveting conflict. This allows Shindô the room to patiently reveal the new desires and schemes that these two women contrive to pile on to their daily struggles without ever losing a handle on the steadily encroaching tragedy and despair that seems intent on devouring everyone in Onibaba's godforsaken world.

With its limited cast, Onibaba needs strong performances from its three principals, and they deliver fantastically. Otowa's penetrating, withering glare is unforgettable, and Yoshimura wonderfully swings from despondent soulleness to passionate exhilaration. Satô balances the intensity of his two co-stars with the light nonchalance of cynical self-interest.

Onibaba seems like maybe it would be a bit of a misfit during a horror marathon, but it qualifies with its ending alone. Few movies I watch this month will be able to match its sense of dread, and it throws in some skin-crawlingly gruesome images to cement its claim to the genre while also delivering much more. 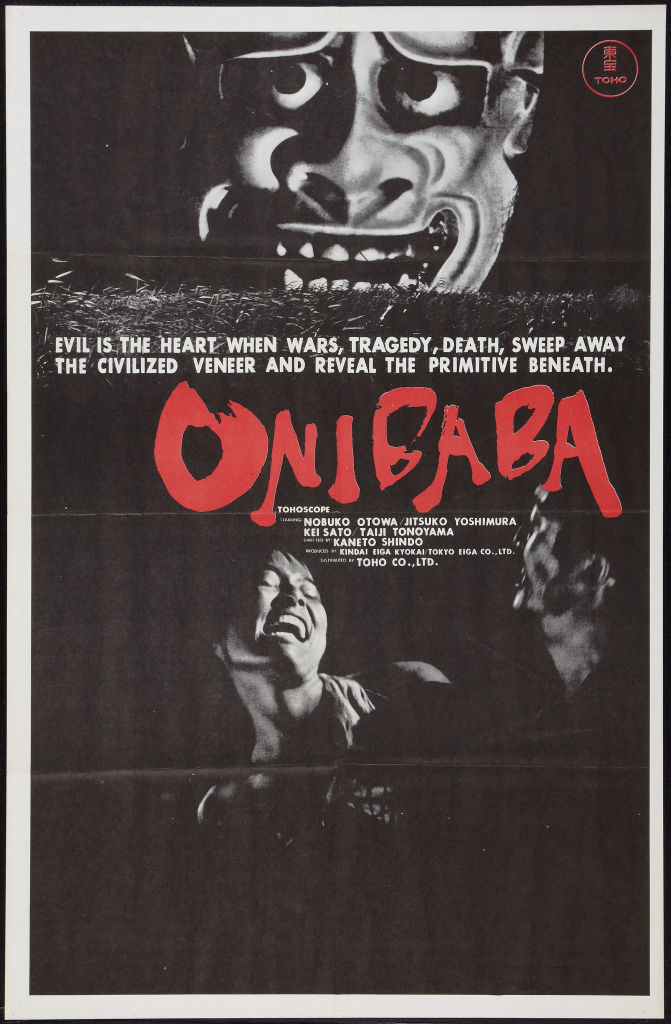 Octoblur: If the quality doesn't scare you the quantity will.
More about Onibaba (1964) on Videopolis