My Octoblur festivities include introducing (appropriate) classic horror movies to my children as well as trying to get my horror-averse wife to watch something that at least skirts the outer edges of the genre. Stonehearst Asylum, with its English turn-of-the-19th-century setting, gave me the winning strategy of pitching it as "creepy Downton Abbey," which received a weary assent. While it was nowhere near the top of my personal watchlist for this month, Stonehearst Asylum was a perfectly decent horror-ish thriller that indulges in common tropes of the genre but never gets too intense for those who intentionally avoid it.

Jim Sturgess stars as Newgate, a young doctor who visits a remote, gothic madhouse — on Christmas Eve, 1899 — hoping to gain practical experience in asylum medicine. At Stonehearst, however, he is surprised to discover that the staff intermingles freely with the patients, and it's not always easy to tell them apart. Newgate quickly begins to uncover disturbing mysteries as he gets to know the facility, its mercurial director (Ben Kingsley, in yet another role as a suspicious asylum official), the sinister steward (David Thewlis), and a comely patient (Kate Beckinsale) who suffers from intense passions thought improper for a lady of her refined standing.

Stonehearst Asylum is full of familiar tropes, but as it is based on an 1845 story by the influential Edgar Allen Poe, this is to be expected. Instead of running away from or trying to freshen up these cliches, director Brad Anderson embraces them fully — and at least once has a character proclaim the most obvious one of all out loud — creating an agreeably old-school thriller with top-notch performances and production values. Anderson, who has the respectable indie thrillers Session 9 and The Machinist already under his belt, does about as well as can be expected with such familiar material, creating a restrained atmosphere that never threatens parody, even when the script offers more than a few leaps in credibility and no ingenuity to balance them out.

While the damp Sturgess (who looks here like young Michael Palin in a period Python sketch) is not the ideal leading man, but the otherwise excellent cast also features Sinead Cusack and the ever reliable Brendan Gleeson and Michael Caine in smaller roles. 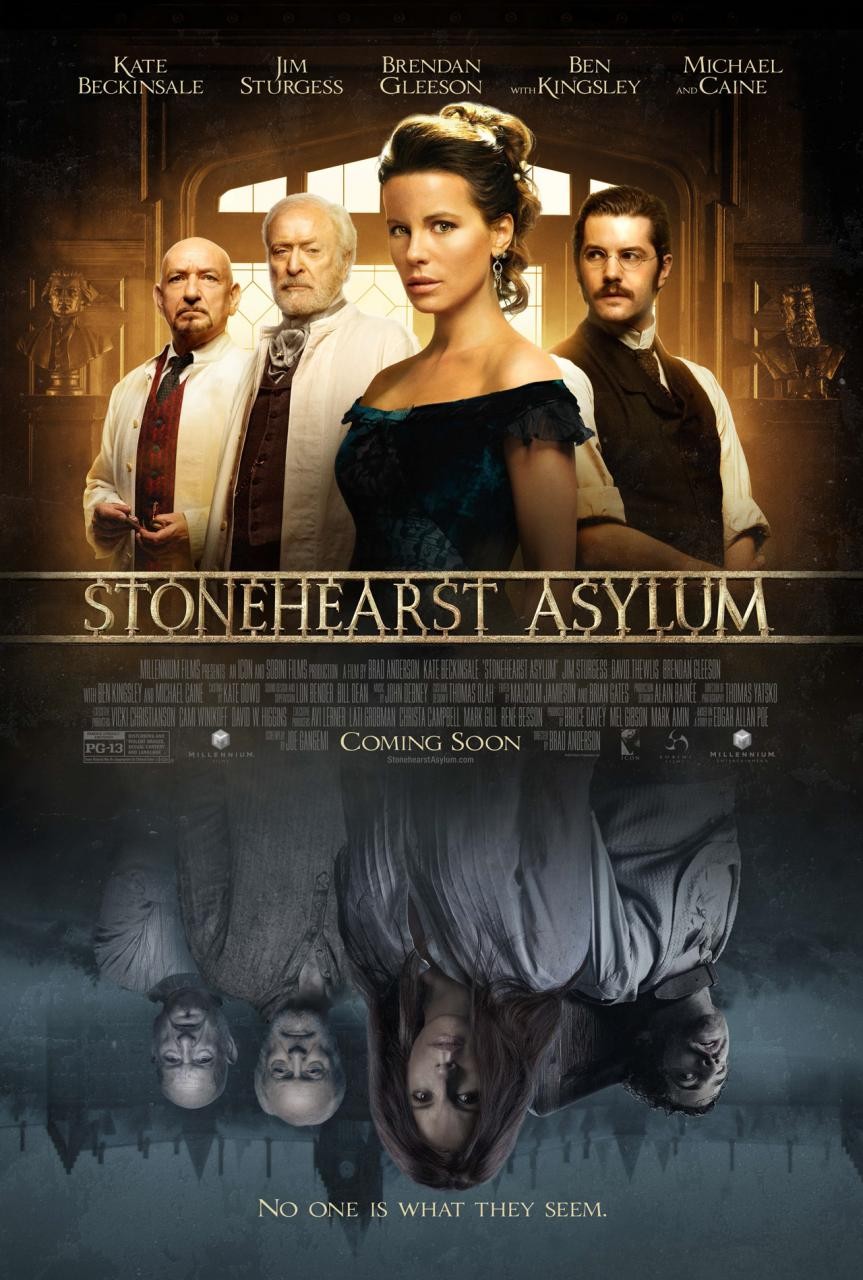 AKA: Eliza Graves
Octoblur: If the quality doesn't scare you the quantity will.
More about Stonehearst Asylum (2014) on Videopolis