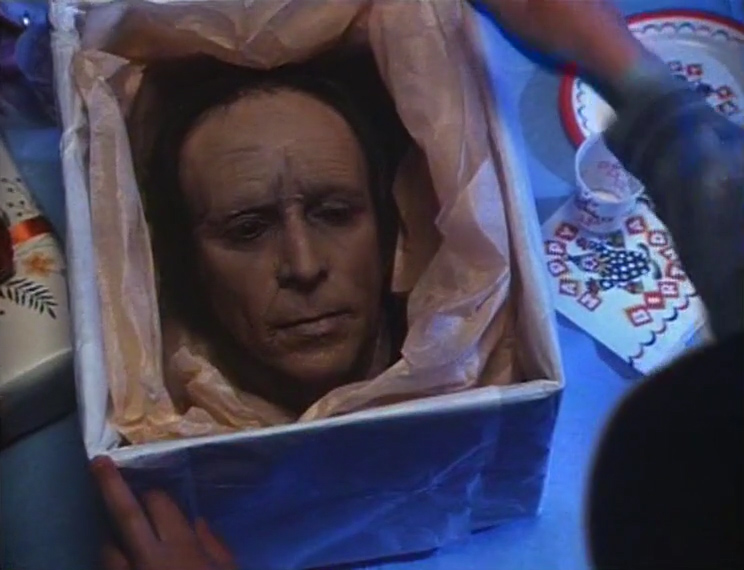 Even though I became obsessed with horror movies during the 1980s, I had never heard of Spookies until last summer when I listened to the Junk Food Dinner podcast rave about it. It's a weird and sometimes enjoyable mish-mash of new material inserted into footage from an unfinished movie. At its best moments, Spookies is so bad it's mesmerizing. At its worst, it's just boring.

Due to its inorganic nature, Spookies has three or four half-told stories — none of which make much sense — that occur in and around a mysterious mansion in the middle of a cemetery. A 13-year-old boy decides to spend his birthday in the mansion, and is surprised to find a party prepared in his honor (it turns out badly). Then a large group of annoying adults arrive and decide to throw their own sad party, which derails when they find a unique Ouija board that triggers attacks by a variety of creatures. Meanwhile, the inhabitant of the house, an old ghoul named Kreon (Felix Ward), sends his minions out to collect the souls of the interlopers so that he can revive his magically slumbering love, Isabella (Maria Pechukas). Isabella, however, wants nothing to do with Kreon and his creepy old house, so she runs away, right into a hoard of zombies.

Spookies starts effectively, but the bickering adult characters are a drag, and once they take over the narrative only the occasionally campy practical creature effects — oozing zombies, little biting reptiley things, a glowing grim reaper, a spiderwoman, and, of course, farting mummies — brighten the fairly dreary proceedings. Kreon, his blue befanged son and the lurking wolf thingy are at first amusing, but do very little. Spookies is an interesting artifact that's probably much better than it should be, considering that its been cobbled together in such a makeshift way from such low-budget and mostly piss-poor source material. It's appeal is almost solely limited to fans of monsters effects and those who revel in unearthing new levels of movie badness. Its combination of novelty, incoherence and special effects reminded me of the Hong Kong horror movies from the early 1980s, like Mo (Boxer's Omen), but without the same heightened energy. Directed by Eugenie Joseph, with footage from Twisted Souls directed by Brendan Faulkner and Thomas Doran. 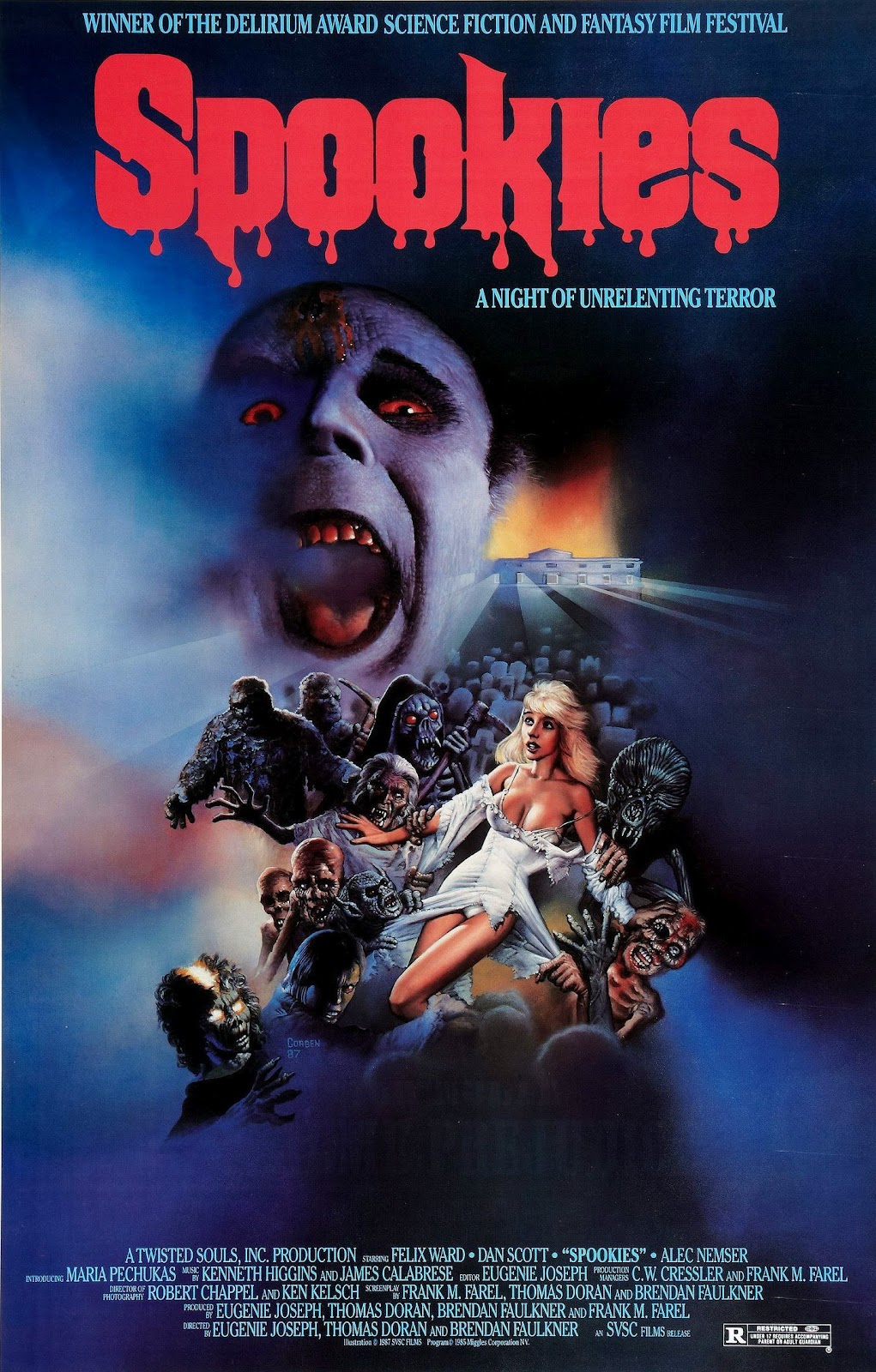