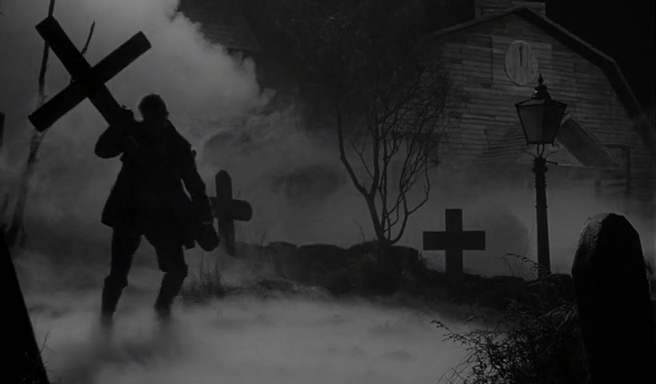 Perhaps more than any other "monster" genre, I'm a sucker for old, gothic witchcraft movies from before the time when every writer felt compelled to make their movie a statement on the tragic injustices of the Salem witch trials. During last year's Octoblur I enjoyed both the terrific Witchcraft (1964) and Blood on Satan's Claw (1971), and now the 1961 City of the Dead (aka Horror Hotel) gets added to the string of modest successes at scratching my creepy classic witch itch.

Even though Christopher Lee's name is above the title, his role is minimal: Lee plays a college professor who sends an eager young student, Nan (Venetia Stevenson), to pursue her research on witches by travelling to a remote, forsaken Massachusetts village still affected by the burning of a witch 270 years ago. Nan gets closer to the subject than she may have wanted, and her brother (Dennis Lotis) and boyfriend (Tom Naylor) come looking for her.

From the powerful opening scene, as witch Elizabeth Selwyn (Patricia Jessel) invokes a Satanic curse while an enraged mob torches her and her acolytes (including Valentine Dyall) plead for devilish respite, it's clear that director John Llewellyn Moxey and cinematographer Desmond Dickinson are taking The City of the Dead seriously, with arresting imagery, full-throttle performances and no shying away from the darkness of their subject matter. In fact, for many years, two minutes of Selwyn's fiery cry to Lucifer was edited from releases out of fear of offending religious audiences.

While The City of the Dead is similar in its brooding tone to Mario Bava's great 1960 witch drama Mask of the Demon/Black Sunday, the movie to which it really owes a debt is Alfred Hitchcock's Psycho. There are at least three instances of fairly direct homage to the movie that was very much the pinnacle of contemporary horror at the time. The City of the Dead stands well enough on its own, despite those clear echoes, even though the pacing of its visually striking finale is a bit sluggish.

The City of the Dead Stills Gallery

There may be spoilers in these stills. Don't look if you don't want spoilers.

Discuss The City of the Dead @ Letterboxd 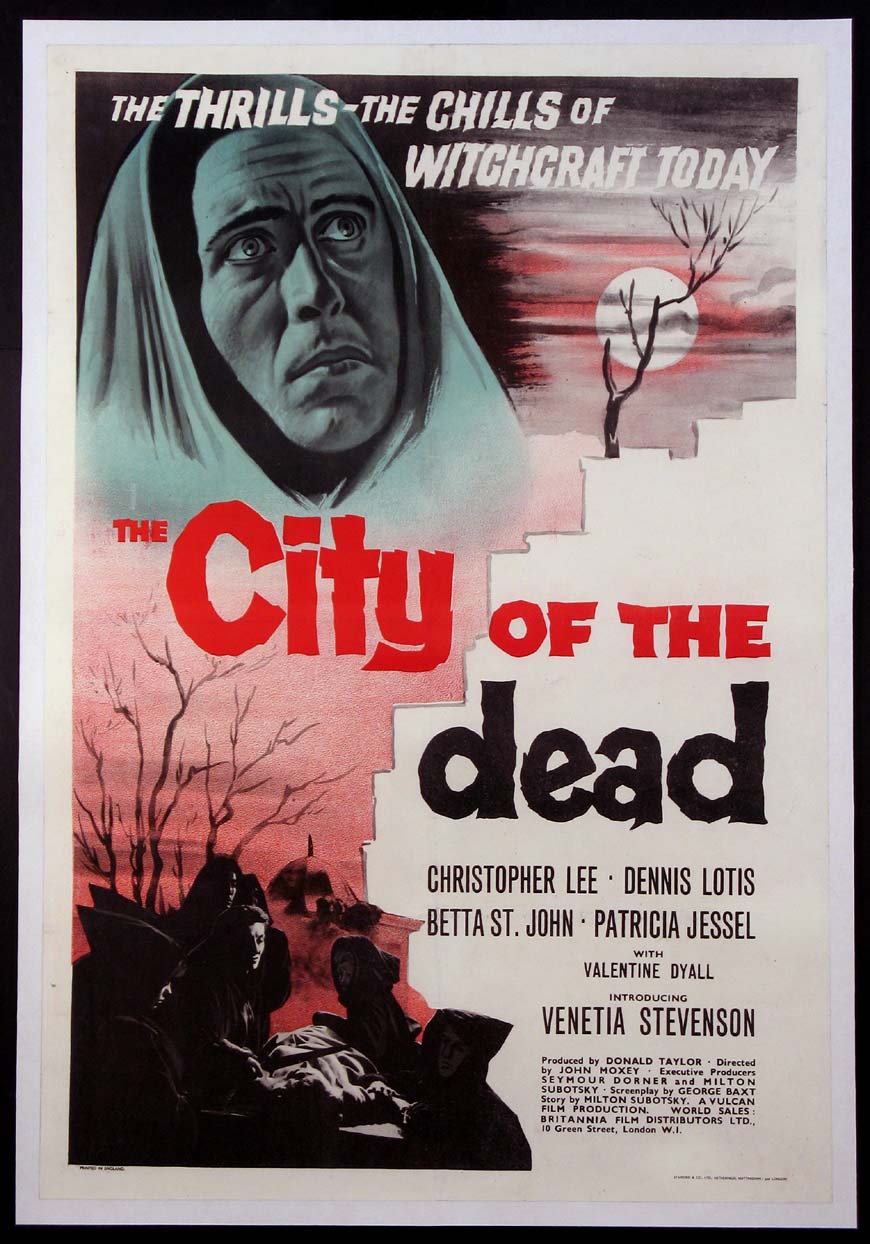