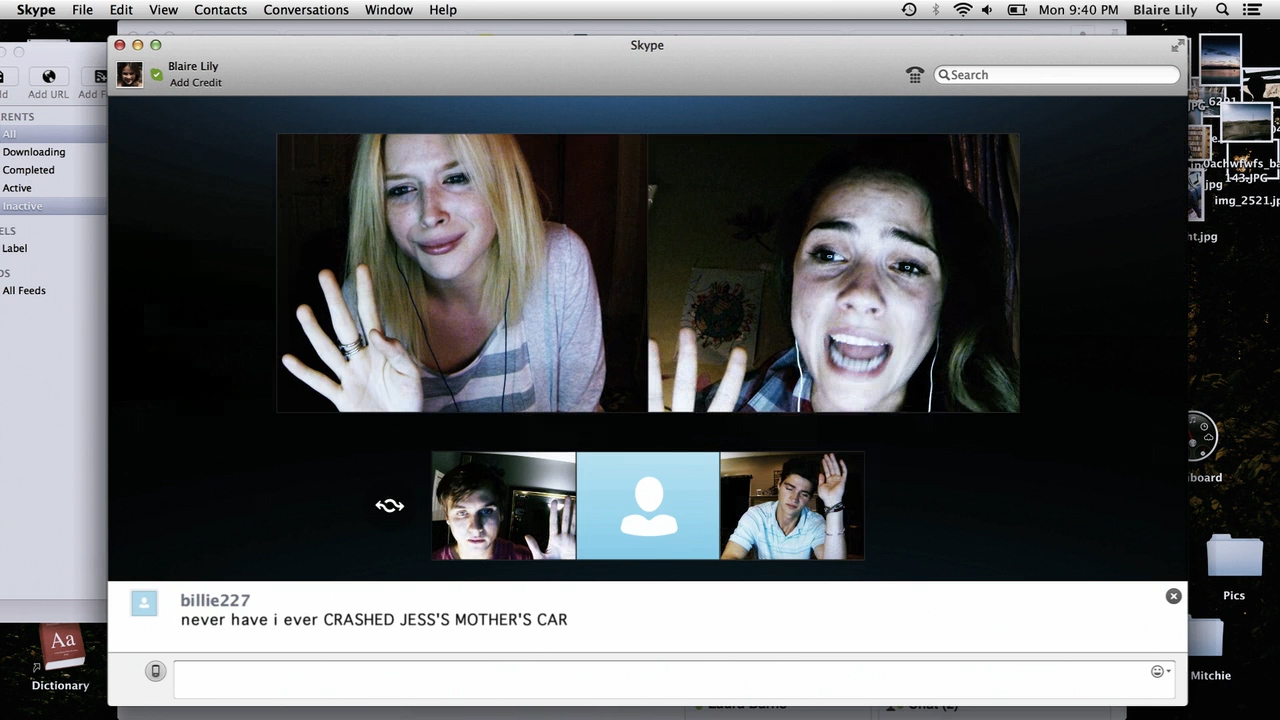 Unfriended is a gimmick that has no right being as good as it is. It's by no means a great horror movie; in fact, the brief "scare" moments are the worst parts, and almost play like parodies. However, the first hour of the movie is so ingeniously constructed, that it deserves respect just for committing to its unique limited storytelling concept and finding ways to keep it fairly compelling for about an hour.

Directed by Levan Gabriadze and written by Nelson Greaves, Unfriended is told in real-time and in what seems like a single shot of a teenage girl's computer desktop. She chats and skypes with her boyfriend and a few other friends, but a mysterious interloper somehow inserts itself into their group call. It seems like a glitch, until they all begin receiving chat and Facebook messages from the accounts of a girl who committed suicide one year earlier.

If you've seen any of the 14 million found footage horror movies released since Blair Witch Project — and especially Paranormal Activity — there are no worthwhile surprises in Unfriended, except for how well Greaves and Gabriadze make use of real social media web sites and communication apps to keep the story moving and build tension. the movie rarely stoops to the use of the fake over-designed UIs that plague so many technology-centric movies and TV shows, but grounds itself firmly in the software that just about every viewer already uses on a daily basis. the minimalist sound design is incredibly important and effective: there is no music that isn't practically sourced and very little of that, with long scenes which only consist of the sounds of typing and alert notifications, which gives the movie a surprisingly tense edge until it devolves into a shouting match during the third act.

Unfriended's second biggest asset is Shelley Hennig, who has a good, natural presence and does an excellent job anchoring the movie from her tiny Skype window. She has the easy appeal of Charisma Carpenter mixed with Linda Cardellini, and without her understated charm Unfriended could have been an altogether more tedious experience. the rest of the cast is fairly bland, but does a mostly decent a job given the restricted windows through which their performances are presented.

I wish Unfriended could have come up with a better ending that had more of a lasting feeling of dread instead of the same-old jump scare, and that it had been as clever in its overall story as it was put together, but it was not a bad 82 minutes. I just hope there are no imitators. Those will get old quickly. 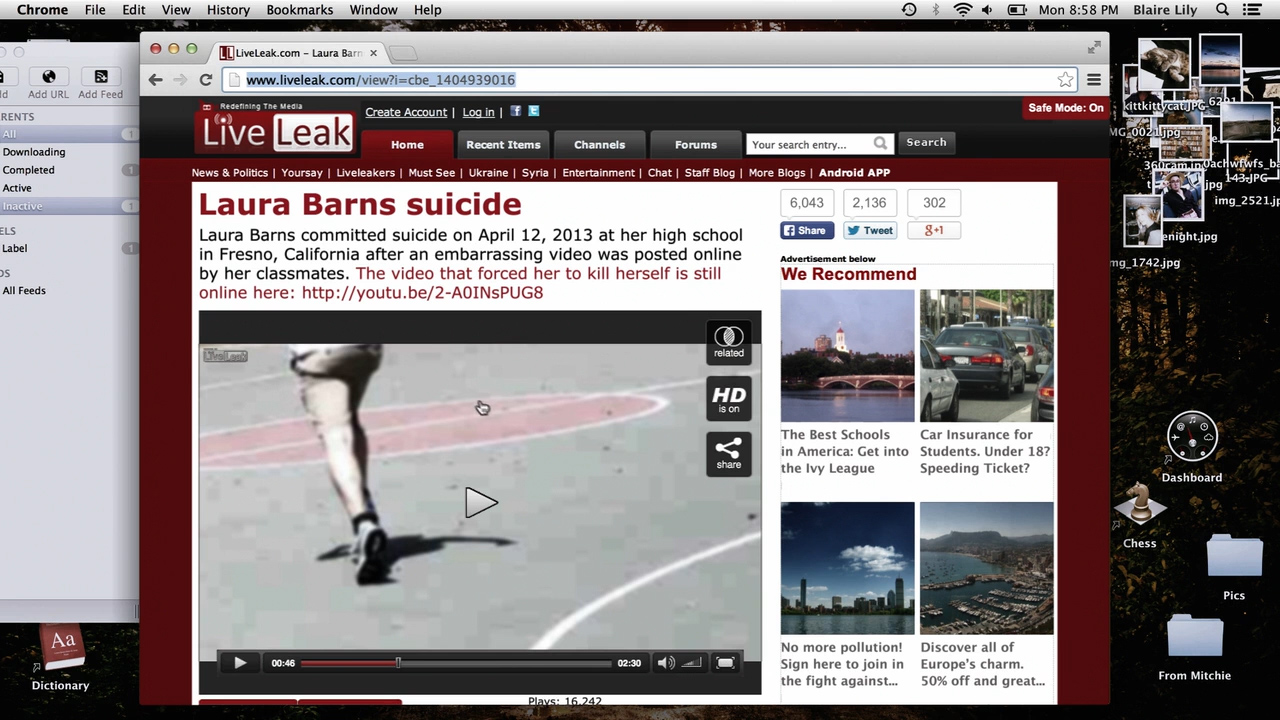 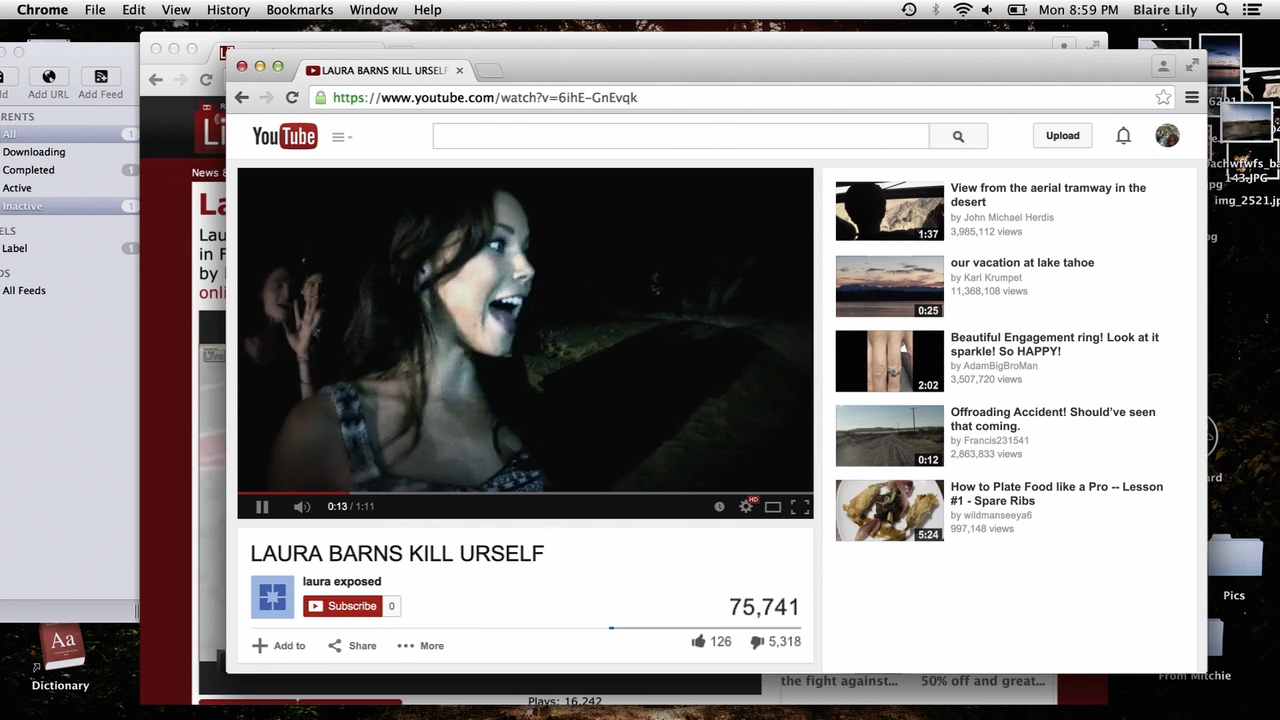 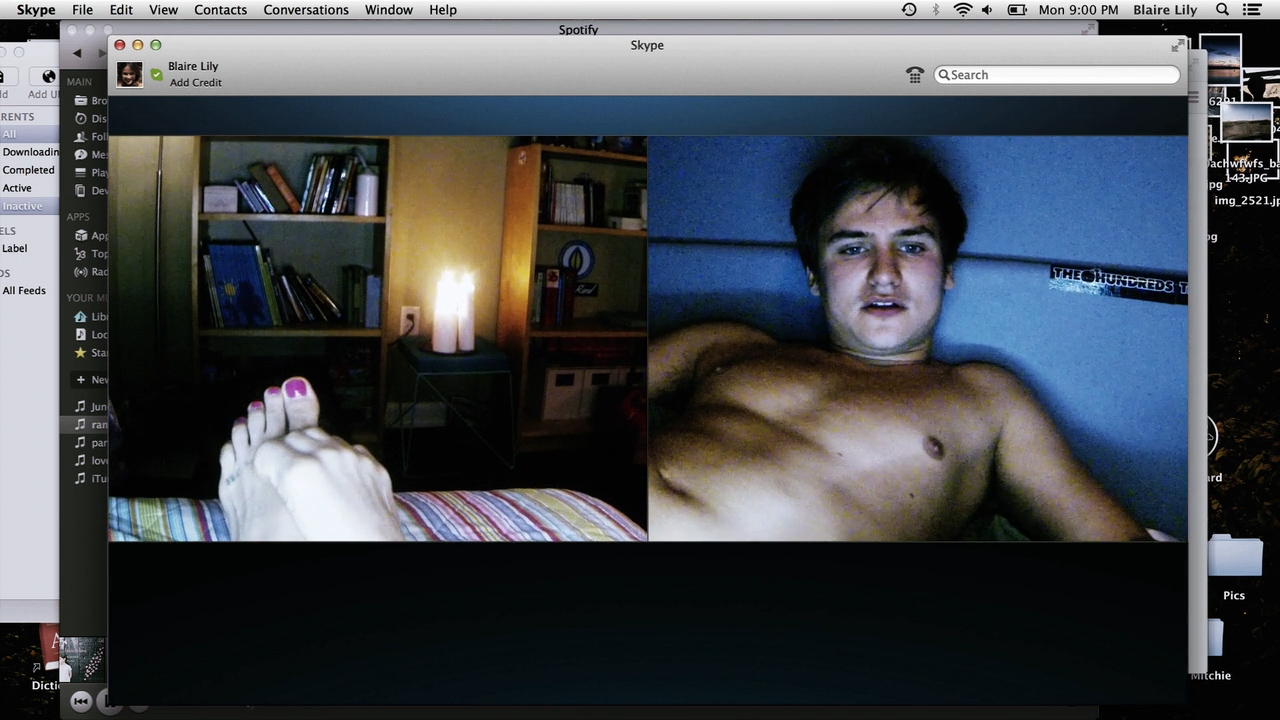 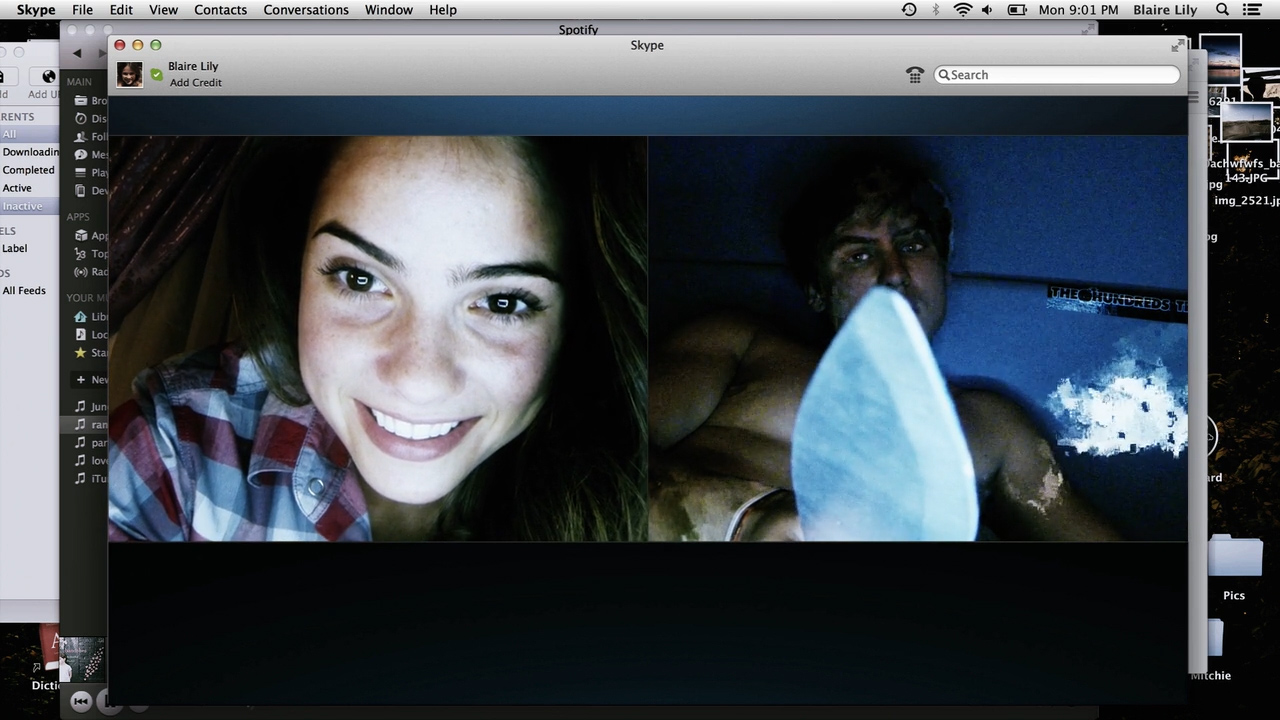 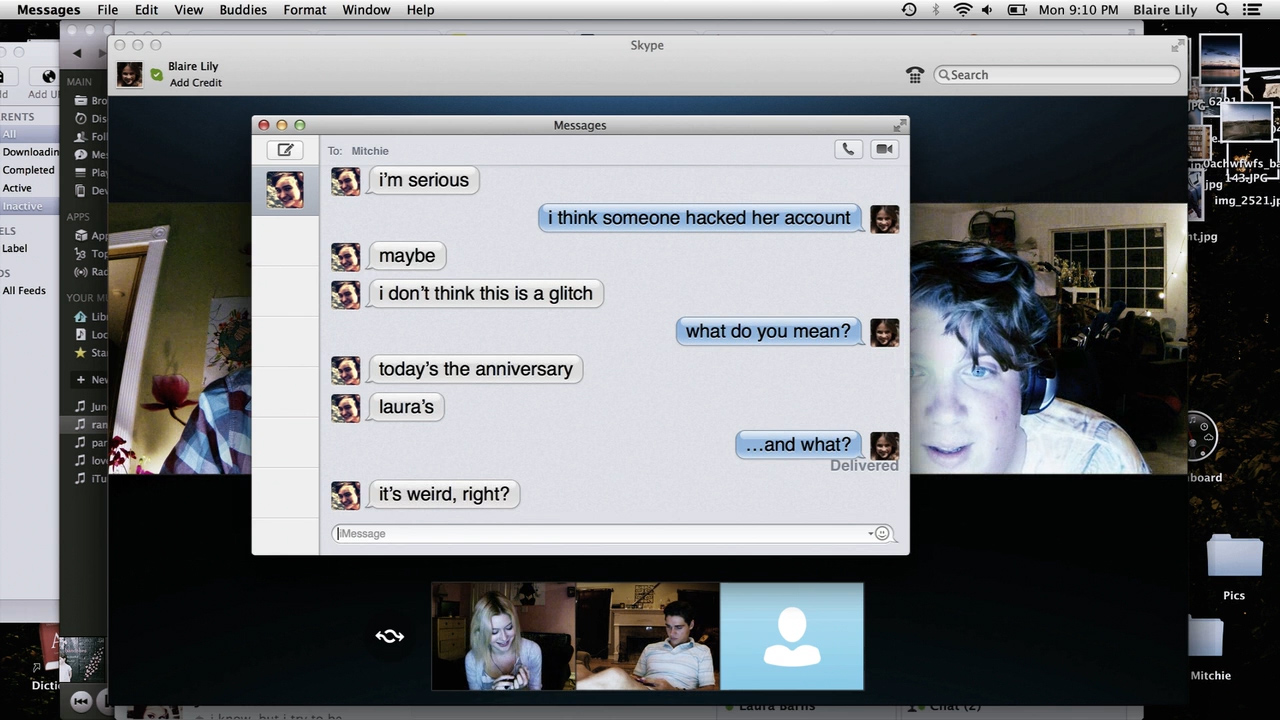 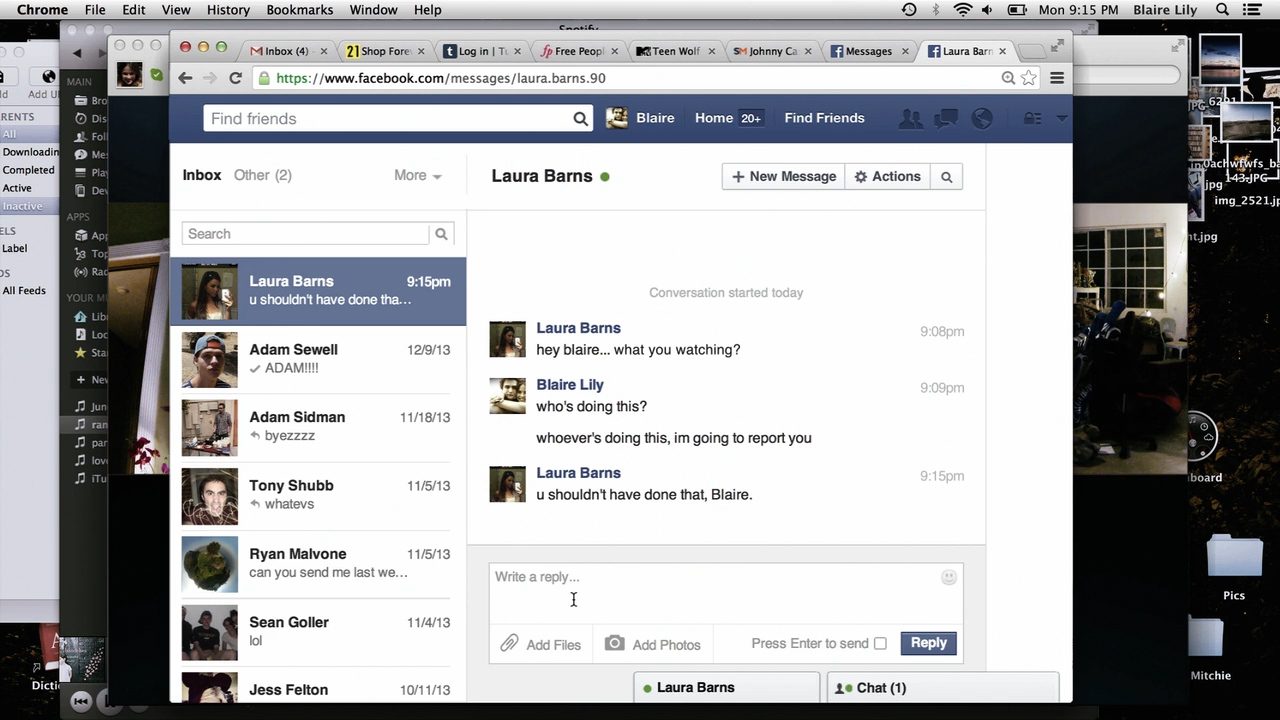 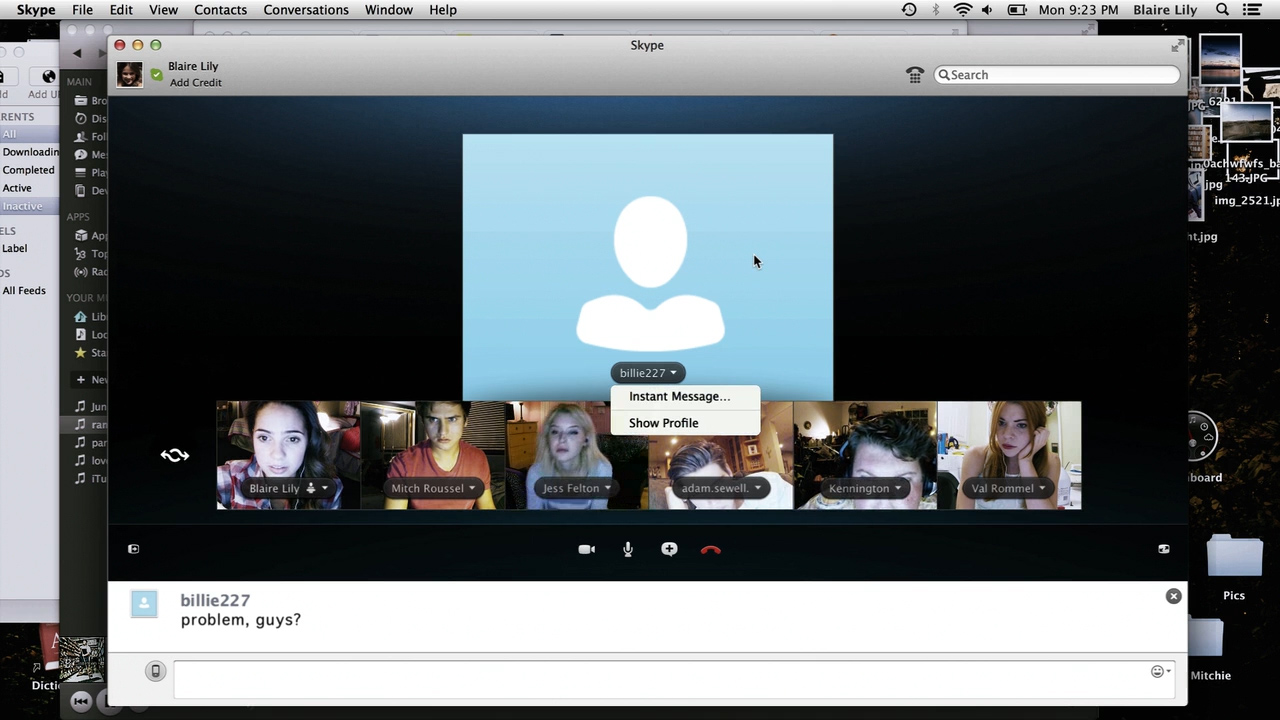 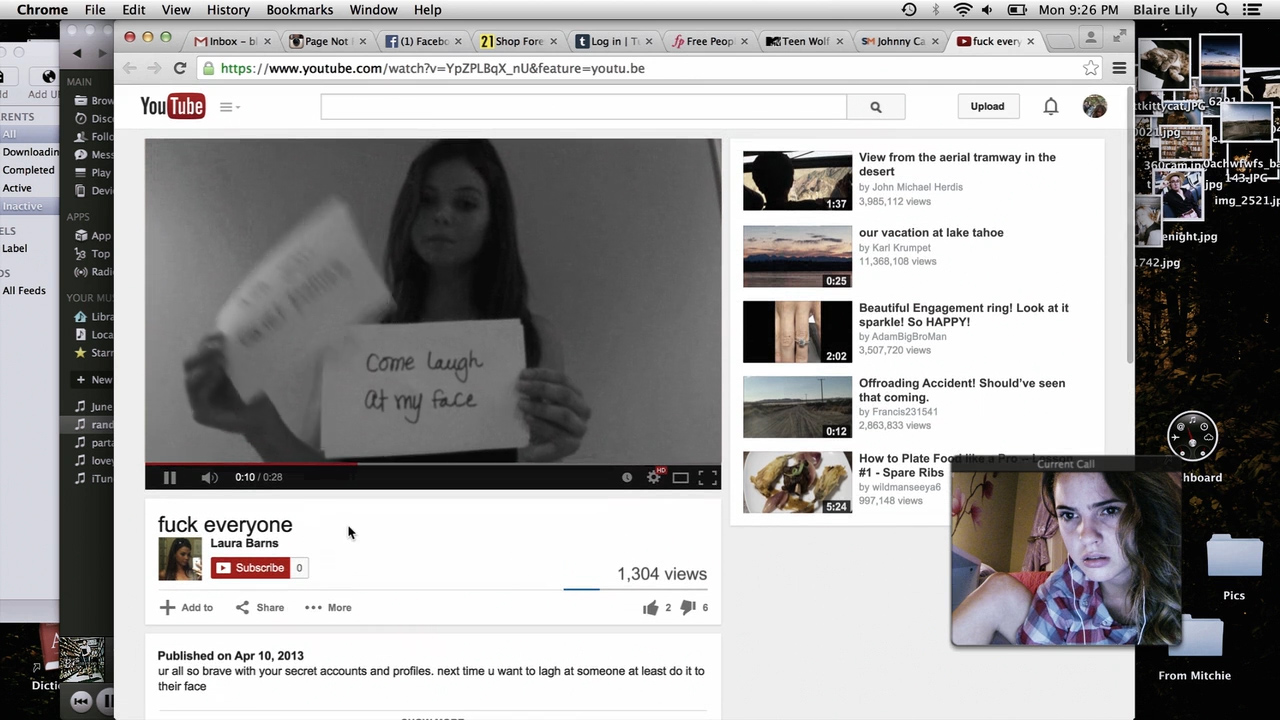 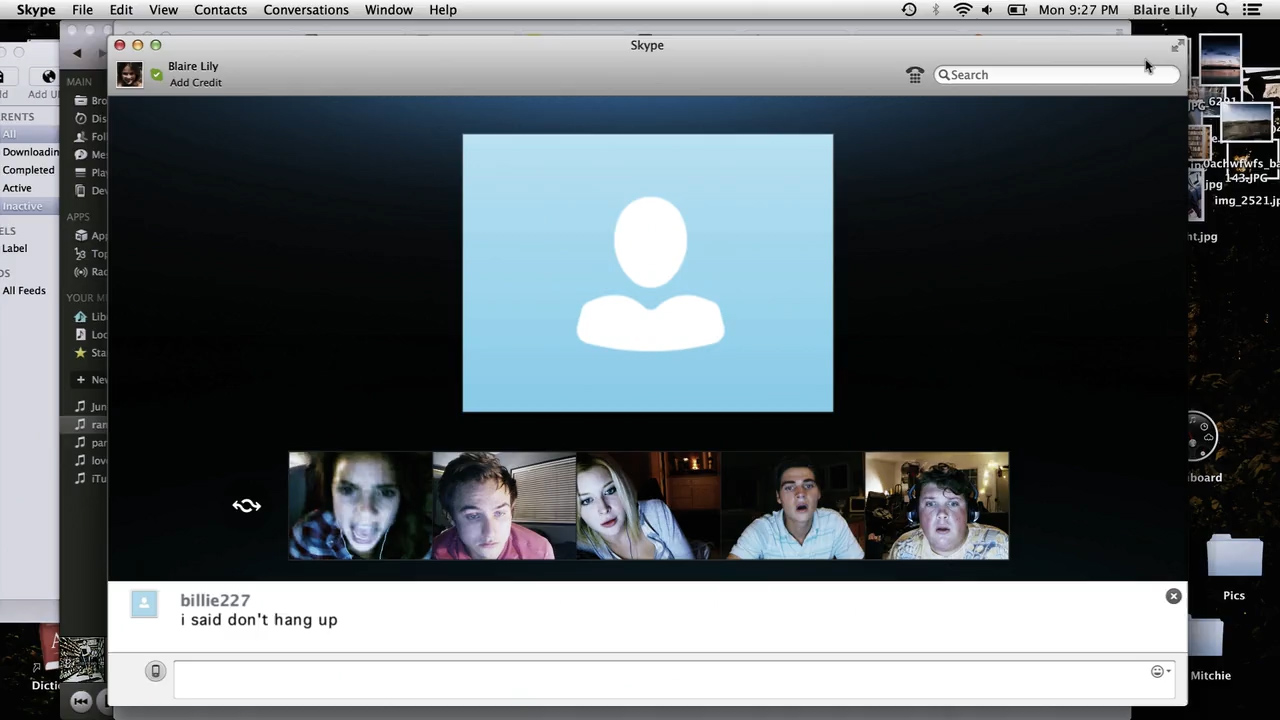 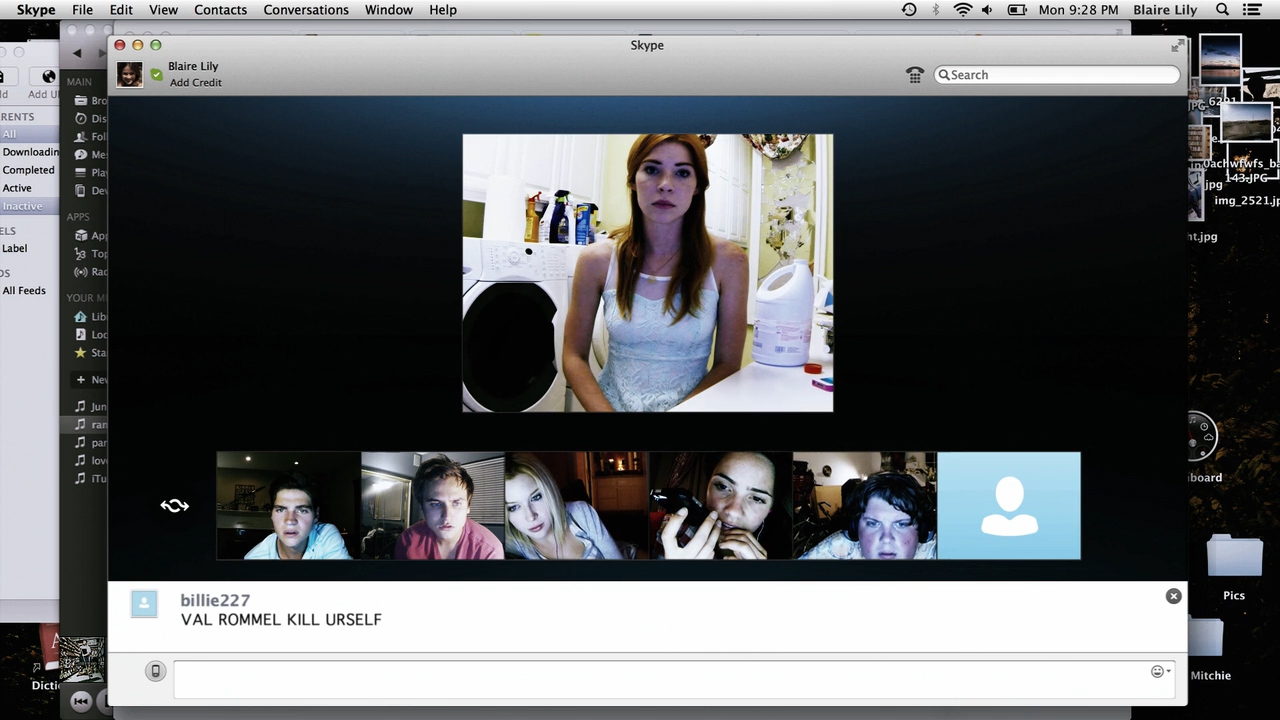 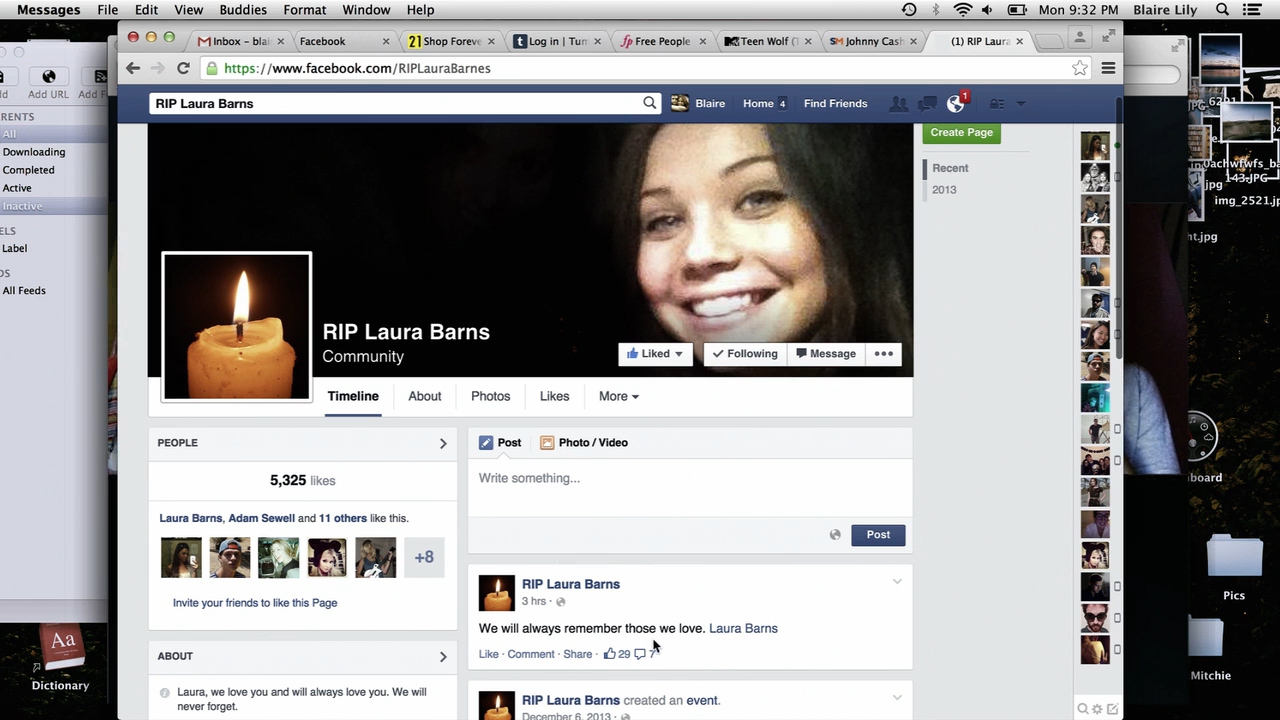 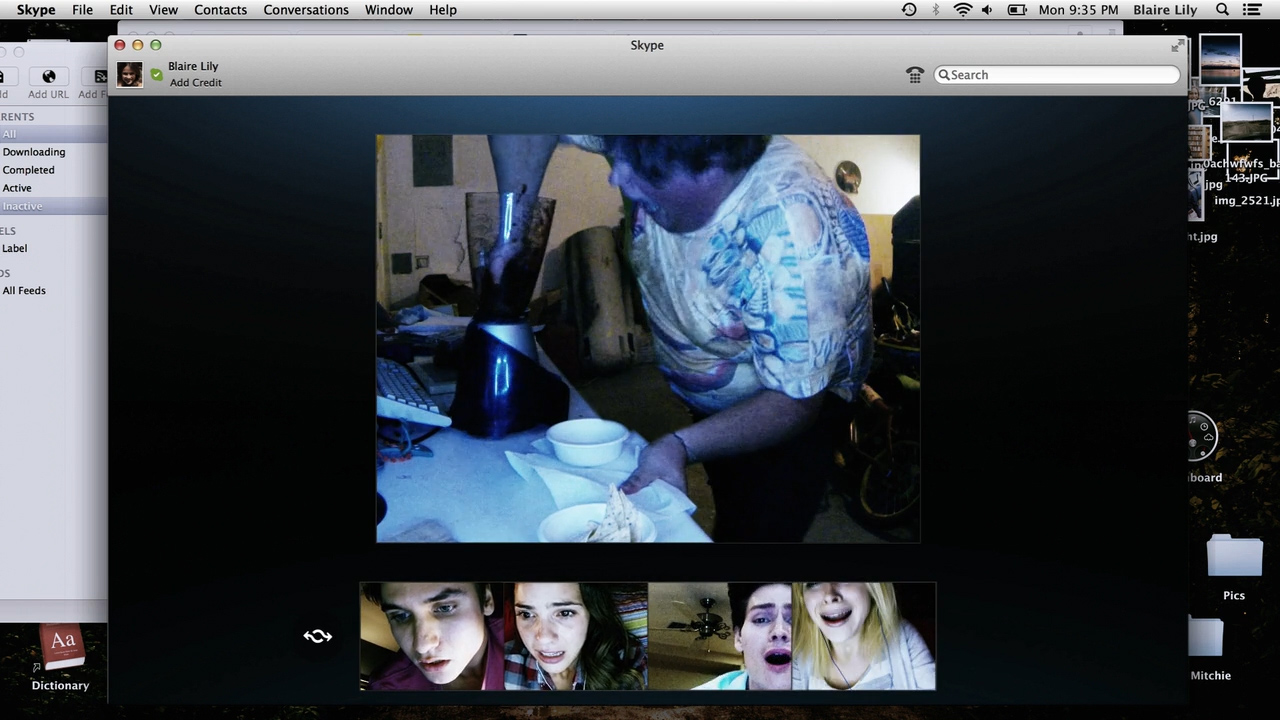 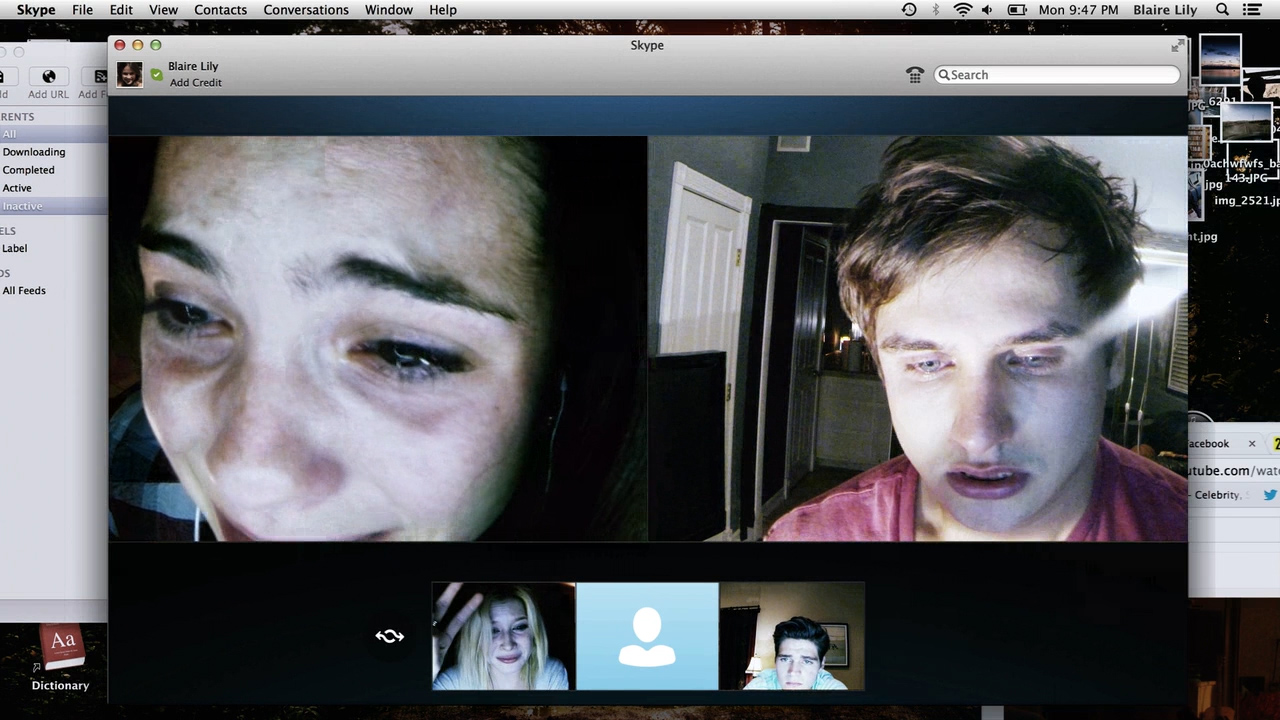 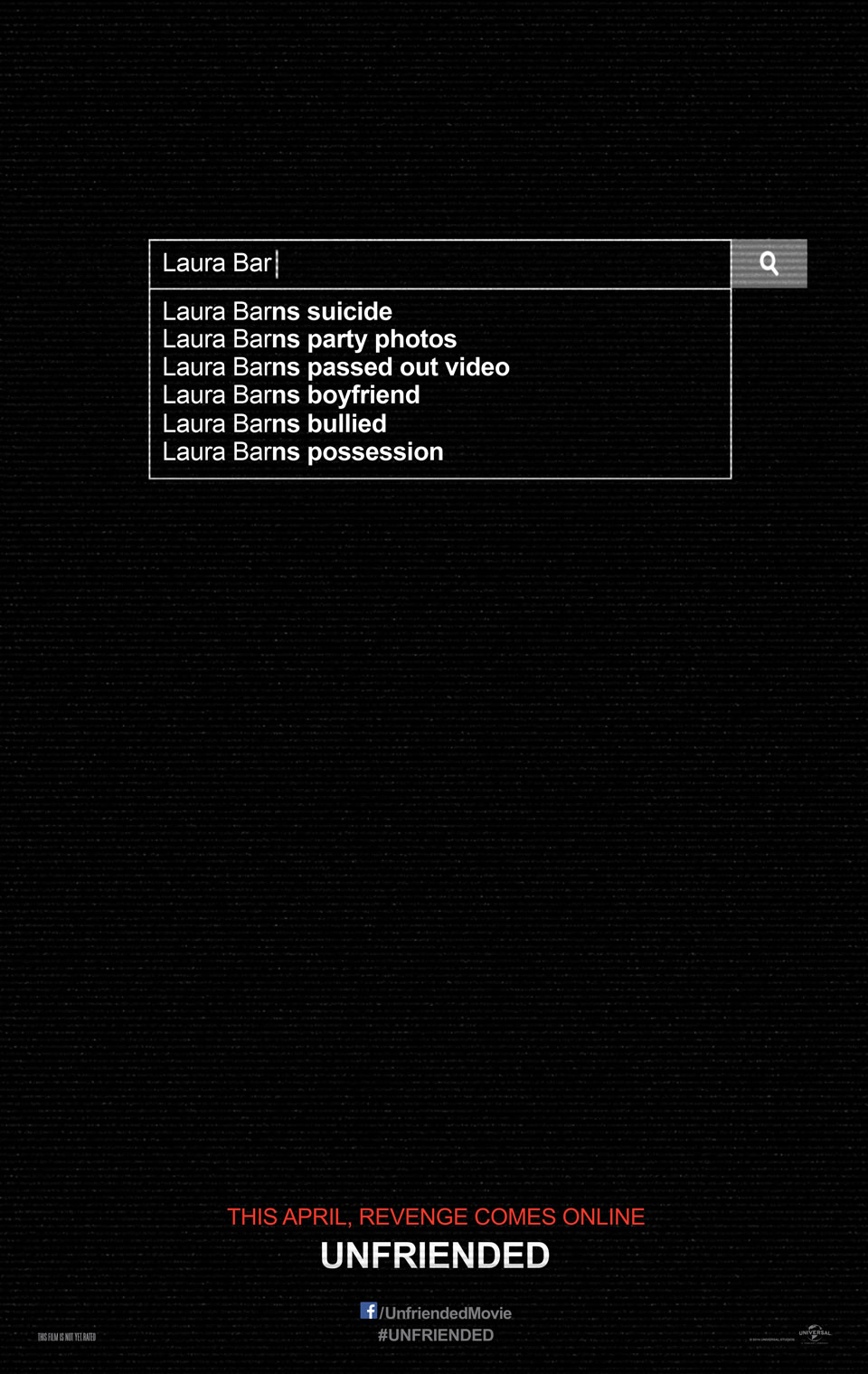 AKA: Cybernatural
Octoblur: If the quality doesn't scare you the quantity will.
More about Unfriended (2014) on Videopolis