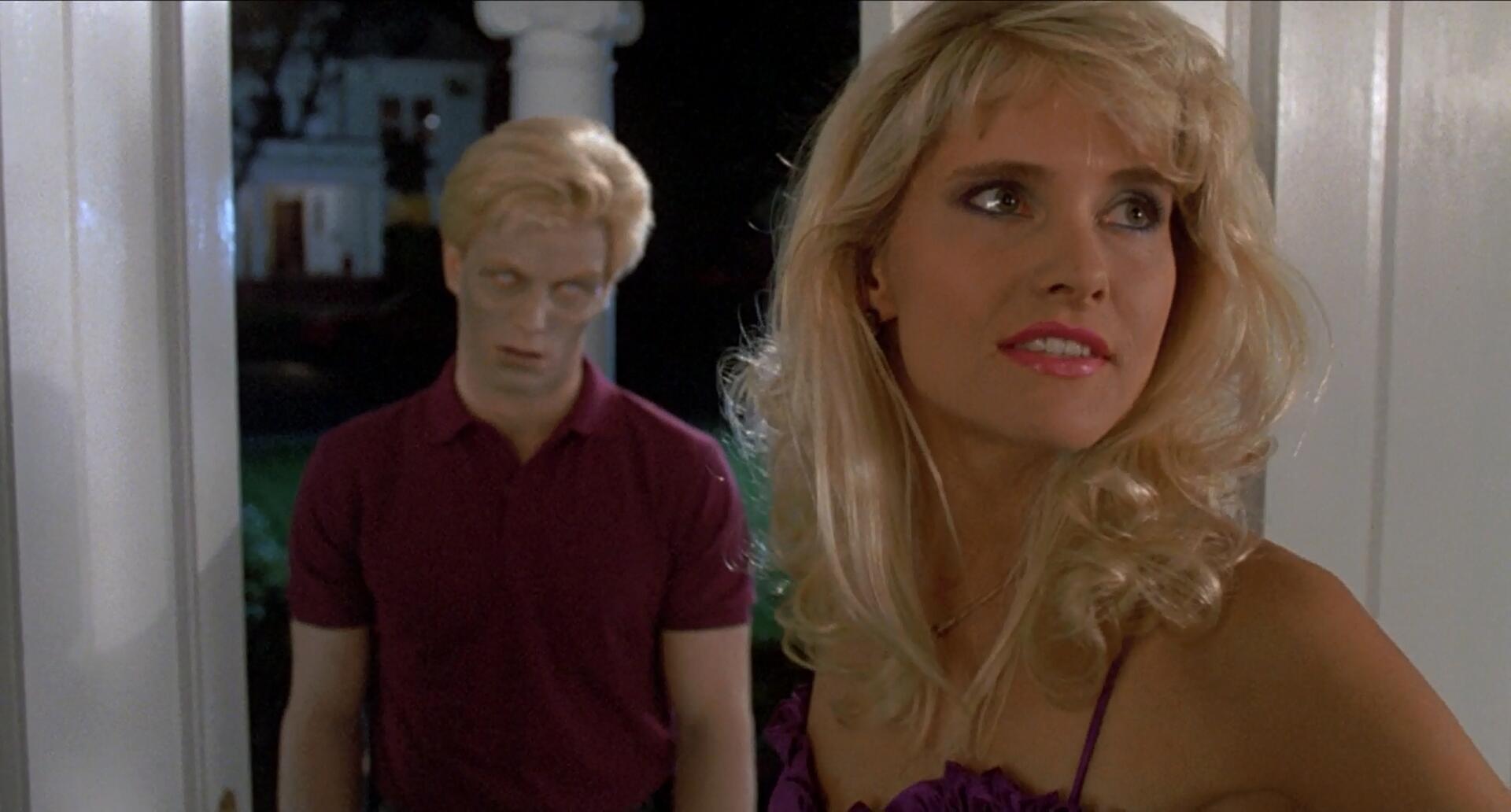 Despite Fred Dekker's debut being exactly the kind of funny, gory, juvenile monster movie I lived for during my teen years, I somehow missed this 1980s classic until just a few years ago.

In an ambitious plot involving an alien science experiment, an ax murderer, a shy college kid, and a suicidal detective, a college sorority becomes the locus of zombie attack.

As Dekker cemented with his follow-up, The Monster Squad, he's a master of teen comedy-meets-horror flavor, and Night of the Creeps plays like a tonally perfect lesser cousin to Return of the Living Dead and Fright Night.

Night of the Creeps suffers a bit from its somewhat charisma-impaired star Jason Lively (Russ in National Lampoon's European Vacation), but he fits the part well, and Tom Atkins more than compensates. As the haunted Det. Cameron, Atkins gloomily struts through the mayhem, barking out commands and one-liners with equal derision.

Although it's not a masterpiece, Night of the Creeps is in the upper echelon of self-aware '80s popcorn-horror, perfect for parties and aggravating friends who already think that horror movies are stupid. 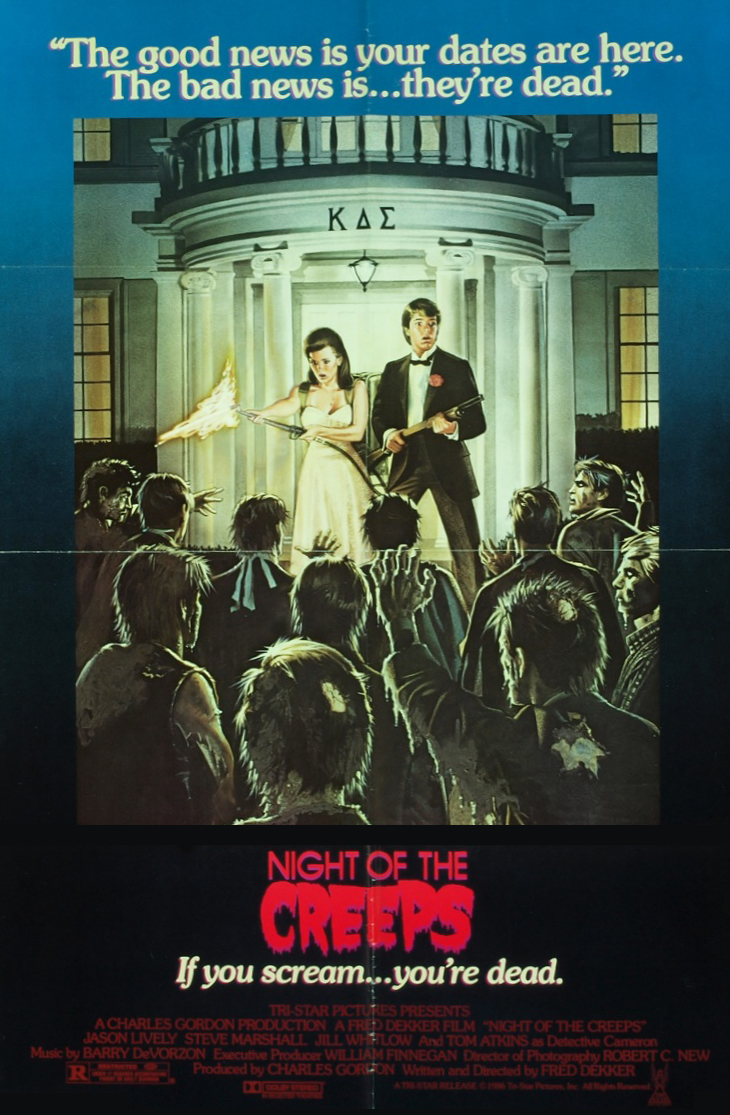 More about Night of the Creeps (1986) on Videopolis