The best movie (by far) to come out of the Project Greenlight reality-TV series, Feast is a fast-paced, funny and blood-soaked creature feature that gets just about everything right following a clumsy first 10 minutes.

When I first reviewed Feast for The DVD Journal at the time of its release, I was shocked at how well-directed and entertaining it was. This made me a little reluctant to revisit it this month, as it could only diminish upon a second viewing. Sure enough, my higher expectations were hard to meet, but I still found a lot to really like about Feast during my second viewing.

Feast is a classic siege movie, as the patrons of a rural desert bar come under attack from a pack of vicious monsters intent on eating and/or humping any living-ish thing they encounter. The opening sequence with its gimmicky character introductions is labored, but once Eric Dane arrives with the creatures in pursuit, Feast hits a steady, spunky pace that never lets up, with constant surprises and enough gore to soak every costume.

One of the most refreshing things about Feast is that it doesn't waste much time on the petty, forced squabbling between humans that often makes movies like this insufferable. When the characters in Feast conflict with each other, it is almost always relevant to surviving their ordeal, springs organically from the situation, and is resolved quickly.

The cast is excellent, maintaining a solid but never overbearing comic tone: Navi Rawat, Krista Allen, Jenny Wade, Balthazar Getty, Henry Rollins, Clu Gulager, and Judah Friedlander. Just as well-conceived are the creatures, who have amusing personalities in addition to their razor-sharp teeth.

First-time director John Gulager fills the movie with swift action and neat details, and his success here earned him two sequels (which I haven't seen). 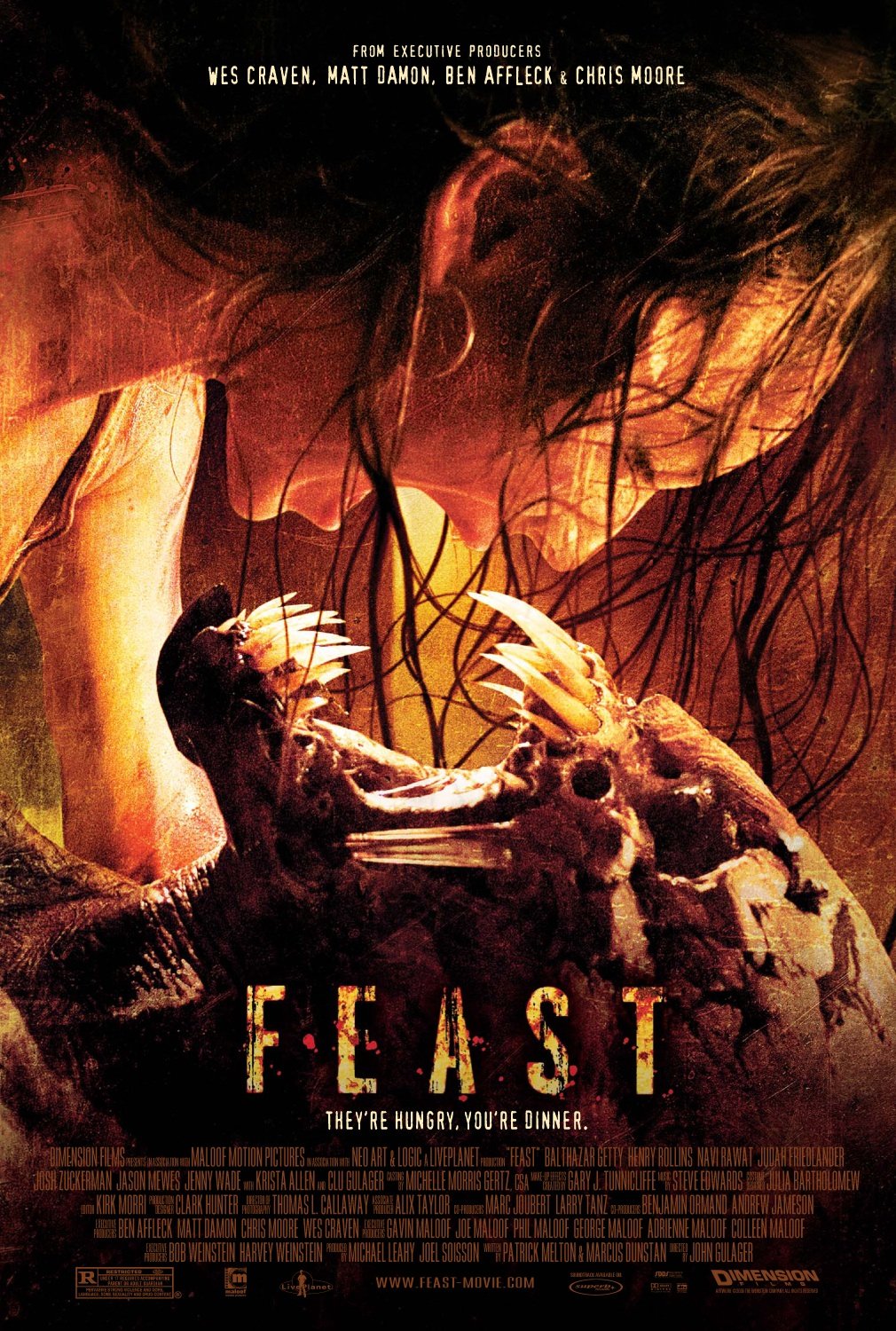 More about Feast (2005) on Videopolis