This absolutely gorgeous collection of traditional ghost stories from Japan runs anywhere from 2-3 hours, depending on which version you watch. With each story moving at a more-than-deliberate pace, this is anthropologically valuable eye-candy, but its 4 narratives are far less ambitious than either their art direction or their running times.

A man regrets deserting his good wife for the sake of ambition. Another man's life is mysteriously spared by a snow demon. A blind bard is summoned by ghosts to sing the story of their final battle. A man possibly goes mad after drinking some unusual tea.

Director Masaki Kobayashi turns these 4 traditional Japanese ghost stories into sumptuous works of visual art, with brilliant painted backdrops. They are amazing to look at. However, the stories themselves, while all intriguing and carefully crafted, don't necessarily warrant their excessive lengths.

The first two stories fare the best, with decently eerie atmosphere and a sense of purpose adding tension to the unhurried storytelling. Story two, The Woman in the Snow, is easily the most successful of them all. The third story, Hoichi the Earless, however, is downright taxing, egregiously running over an hour on its own with more than half of its slot devoted to (exquisite looking) backstory in ballad-form. In the final story, In a Cup of Tea, Kobayashi's lingering approach veers into comical, with prolonged shots of a ghostly visage provoking laughter rather than menace. Kobayashi even has the gall to break into slow-motion at one point, answering the seemingly impossible question, "Can this get any slower?"

Kwaidan should be of definite interest to any film lover with a particular interested in Japanese cinema, or who revels in the stunning canvasses of languorous art movies. Casual horror fans however might struggle to connect with either these simple tales or the remarkable artistry that went into making them. 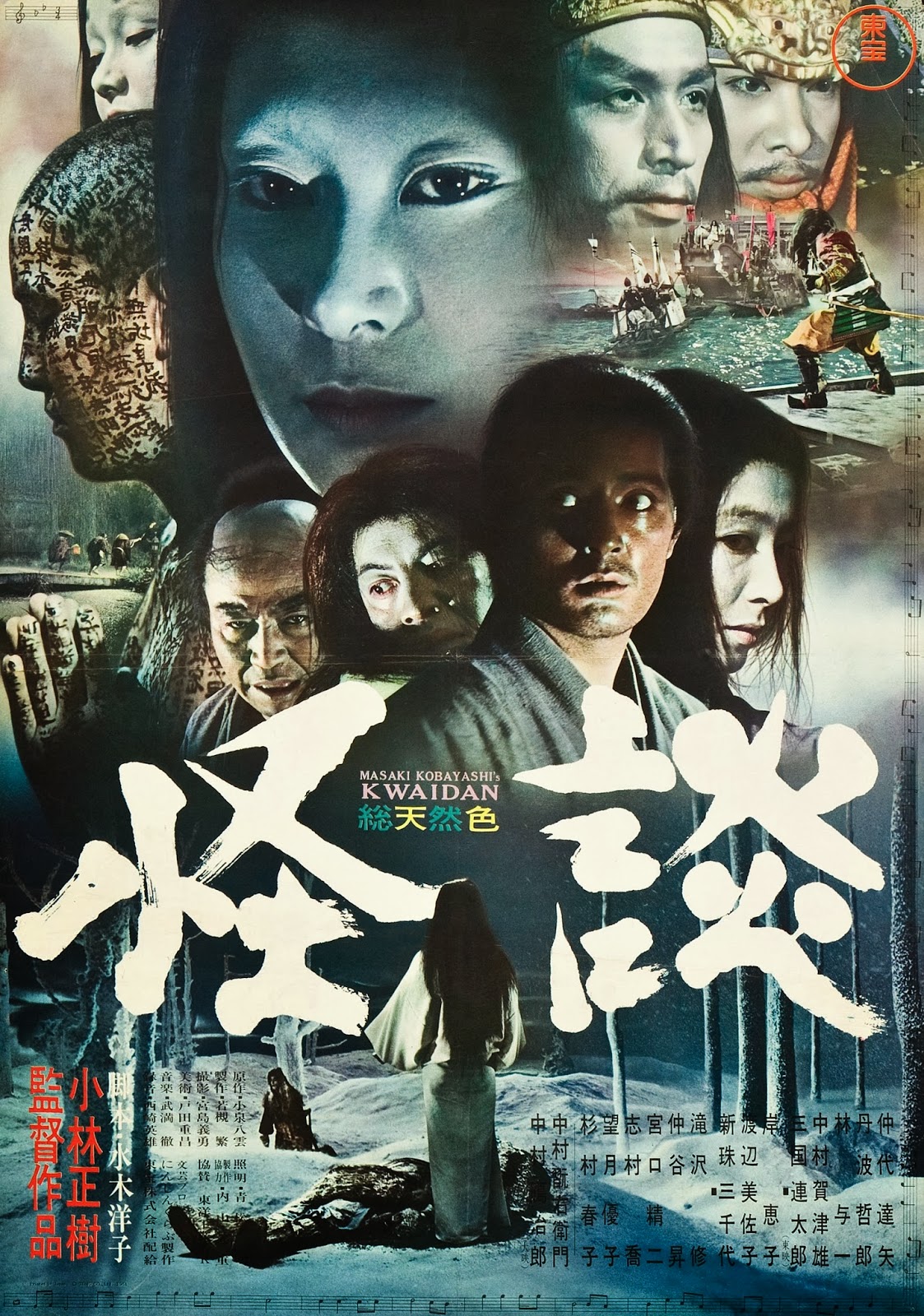 AKA: Kaidan, Ghost Stories
More about Kwaidan (1964) on Videopolis