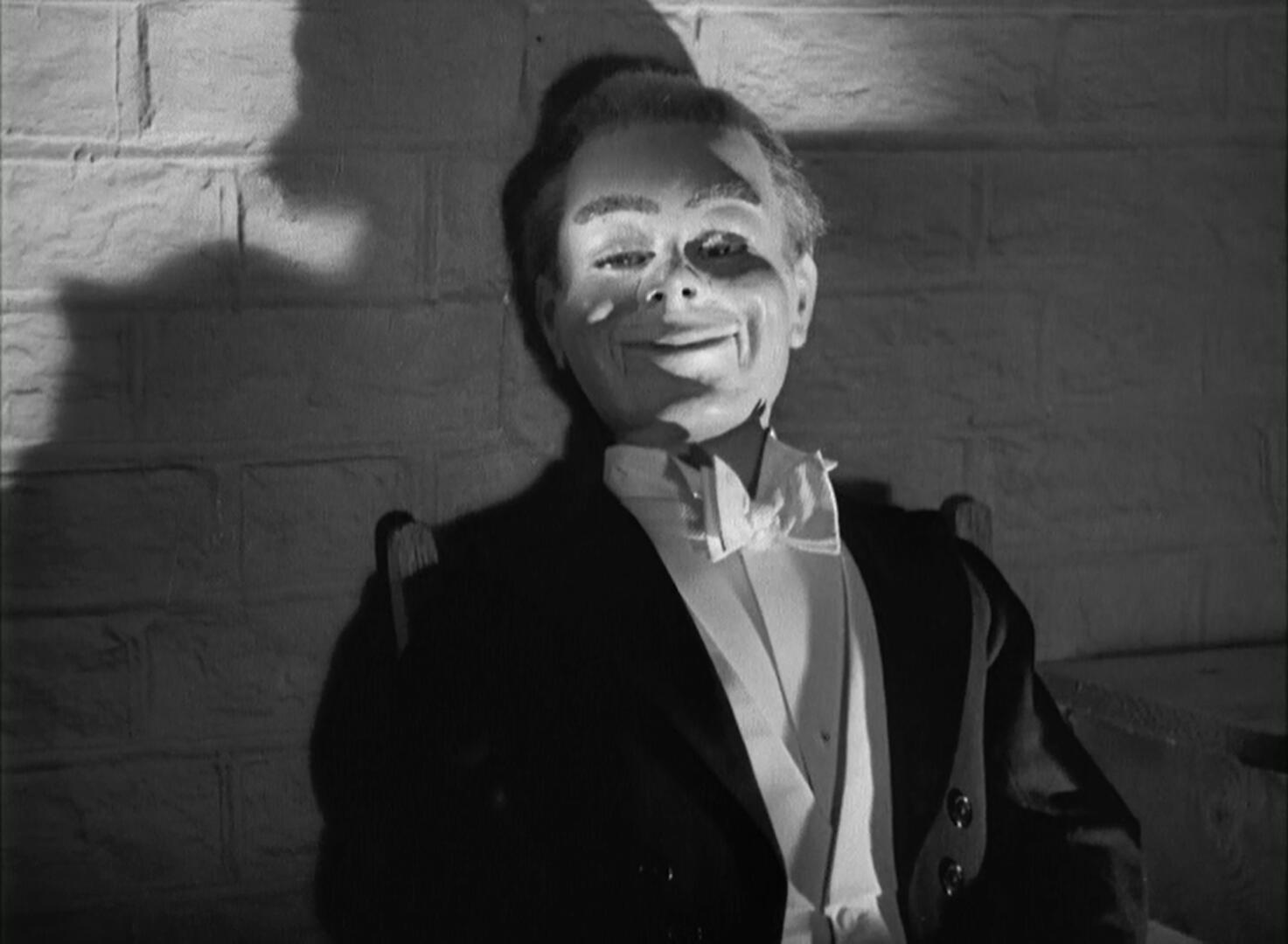 I decided to embrace This Octoblur's inadvertent theme of creepy dolls & puppets and watch, for the first time, the movie widely considered as having the first great evil dummy, the 1945 British horror anthology Dead of Night. Sadly, while this wildly overrated collection of spooky tales has a few effective moments, it hasn't aged well, and its famously sinister puppet is more annoying than scary.

Dead of Night does a better job than most horror anthologies of creating a frame story from which most of the individual tales spring organically, and which is fairly eerie itself — at least until its predictable, groan-inducing ending.

An architect (Mervyn Johns) is called to consult on remodeling a country mansion. When he arrives, he is startled to discover that the inhabitants of the mansion have featured in a recurring nightmare that has haunted him for some time. When he reveals the reason for his surprise, it sparks a discussion during which the participants relate their own supernatural experiences. These stories range from premonitions of death, ghostly visitations, and possession by a violent spirit, to a silly tale of haunted golf, and the final case of the ventriloquist who may possibly be in the thrall of his dummy.

While the first three tales are entertaining, but simple stories of the type we have seen rehashed countless times in the 70 years since, the golf story is not only insubstantial (yet amusing) but is also the least-well incorporated into the frame story. the dummy segment, however, is a drag, with the dummy's grating voice the least of its problems. It's too long and goes nowhere.

Dead of Night suffers profoundly from our subsequent overexposure to stories so unremarkable they have become tropes, and doesn't do enough to distinguish them in their original form. I can only guess that the extremely high IMDb rating of 7.7 is affirmative-action for nostalgia.

More about Dead of Night (1945) on Videopolis