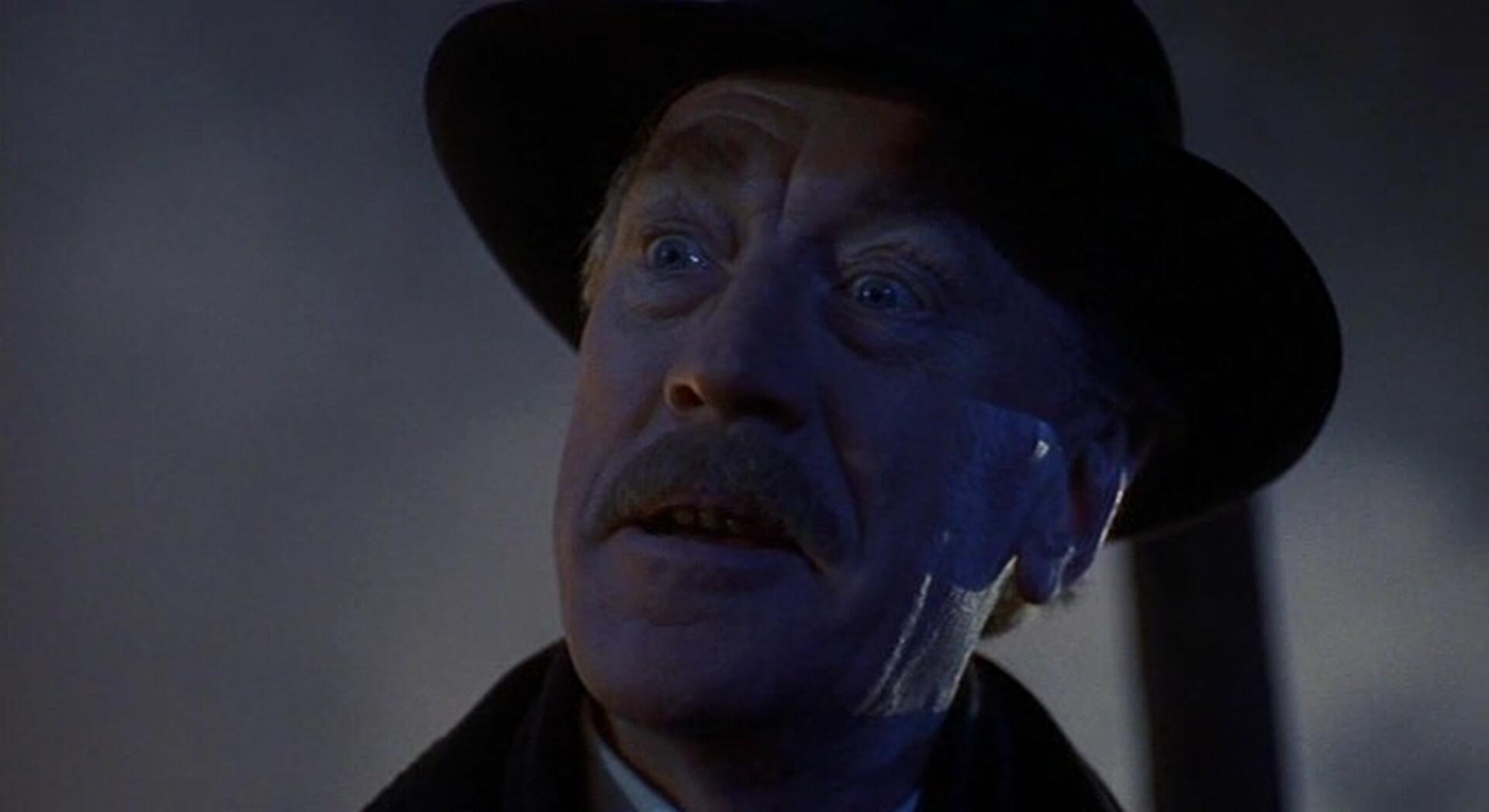 I made the mistake of waiting to watch this movie for the very first time right after finishing the book a few days earlier. It was a fun book, with a lot of whimsy to counter the gore and chaos. the movie, however, literally removed the book's soul(s), leaving only a handsome production and great cast scrambling to come up with an ending.

Stephen King's novel Needful Things is about the small Maine town of Castle Rock getting twisted, torn apart, chewed up and spit out by a demonic presence (Max Von Sydow) that manipulates the townspeople by deceptively catering to their deepest desires,  but is really orchestrating a violent frenzy of epic proportions.

Director Fraser Clarke Heston's movie Needful Things took the general premise of King's novel and systematically removed every element from the story that played into the book's explosive resolution. As a result, Heston (son of actor Charlton) and accomplished genre screenwriter W.D. Richter (Buckaroo Banzai) needed to invent a new ending, so they wrote a nice speech for lead actor Ed Harris, turned a villain into a hero, and left out everything that made it seem important.

It's hard to say how I would have reacted to this movie if I hadn't read the book. It's nicely shot, and the cast is great, with Bonnie Bedelia, Amanda Plummer and the terrific J.T. Walsh rounding out the principals, but the narrative is flat and really fizzles at the end. Some gruesome violence, as expected, but no real menace and nothing at all scary. 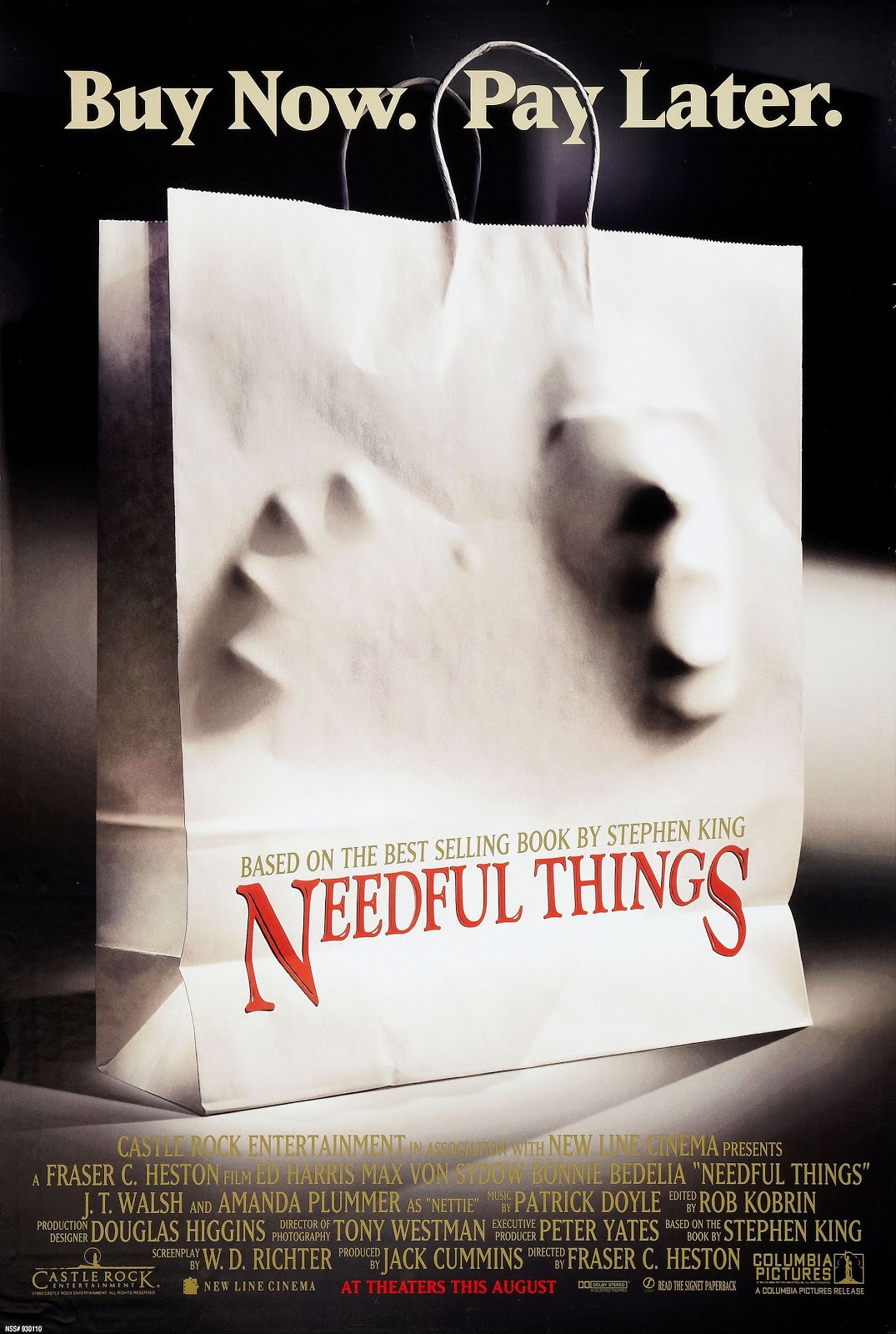 More about Needful Things (1993) on Videopolis