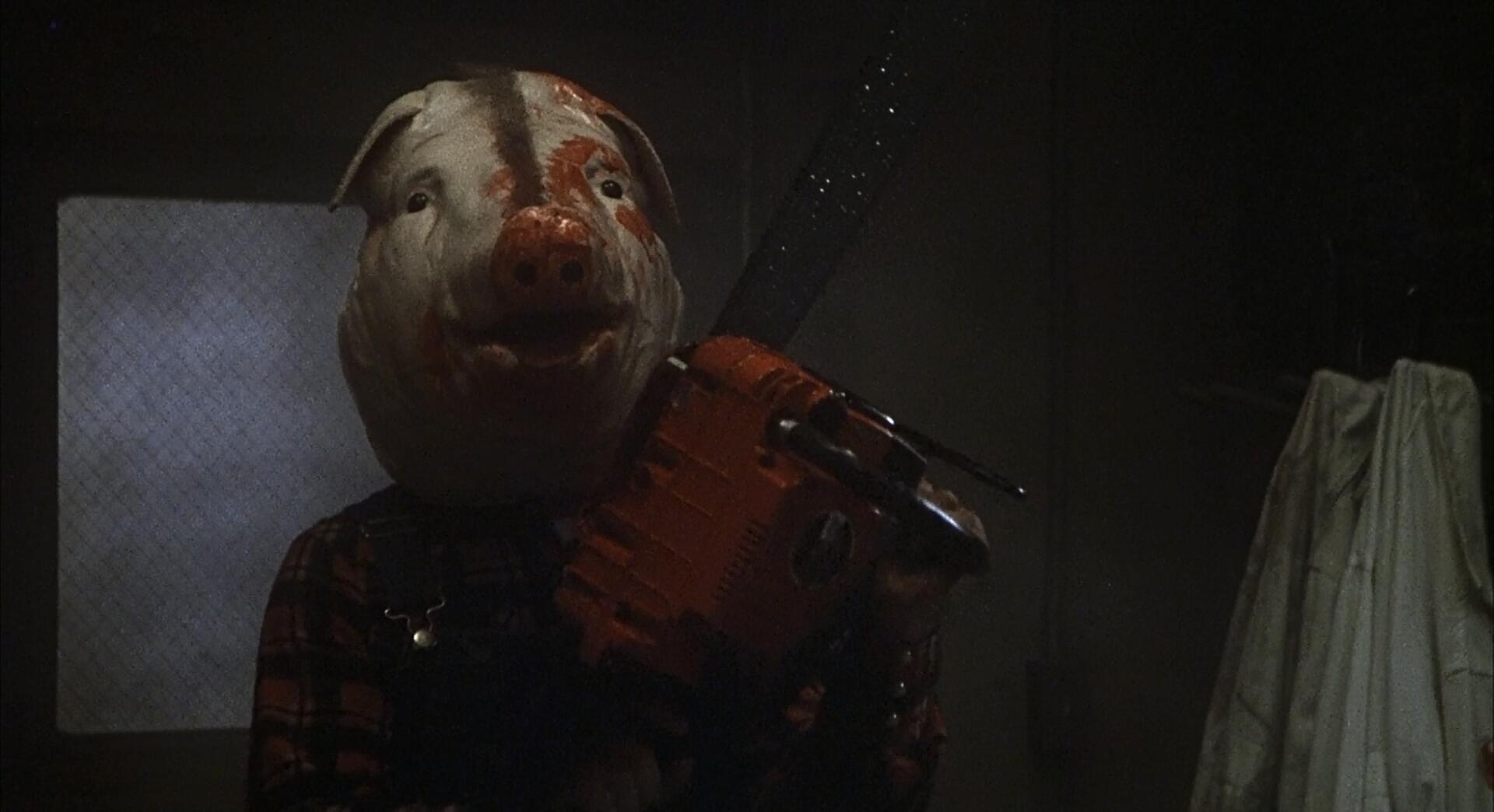 This splatter classic from 1980 holds up just as well as ever, with two great lead performances, a chainsaw duel, and some indelibly unsettling images.

Motel Hell stars TV-veteran Rory Calhoun as Farmer Vincent, a motel owner & butcher whose smoked meats are renowned far beyond the confines of the small town he calls home. With help from his sister, Ida (Nancy Parsons), Vincent has developed an unorthodox, ecologically-minded method of conditioning his livestock, but tension develops between the siblings when Vincent decides to save rather than smoke one of his critters.

Owing many debts to the classic Texas Chainsaw Massacre, Motel Hell covers familiar enough territory: rural weirdos who eat meat made from people; but it asserts itself with an uncommon twist, focusing primarily on the perpetrators rather than victims. Calhoun and Persons do a perfect job of making Vincent & Ida charming and almost sweet despite their grisly crimes, more than making up for mediocre-to-poor acting from most of the other cast members. It's the psychos who ground this dark comedy, and they do a terrific job.

Motel Hell also features several unforgettable horror moments, from Vincent's secret garden to the maniacal laughter of the pig-headed attacker during the tense climactic chainsaw duel. It's about as good as this genre can get, short of Tobe Hooper's transcendent TCM.

More about Motel Hell (1980) on Videopolis