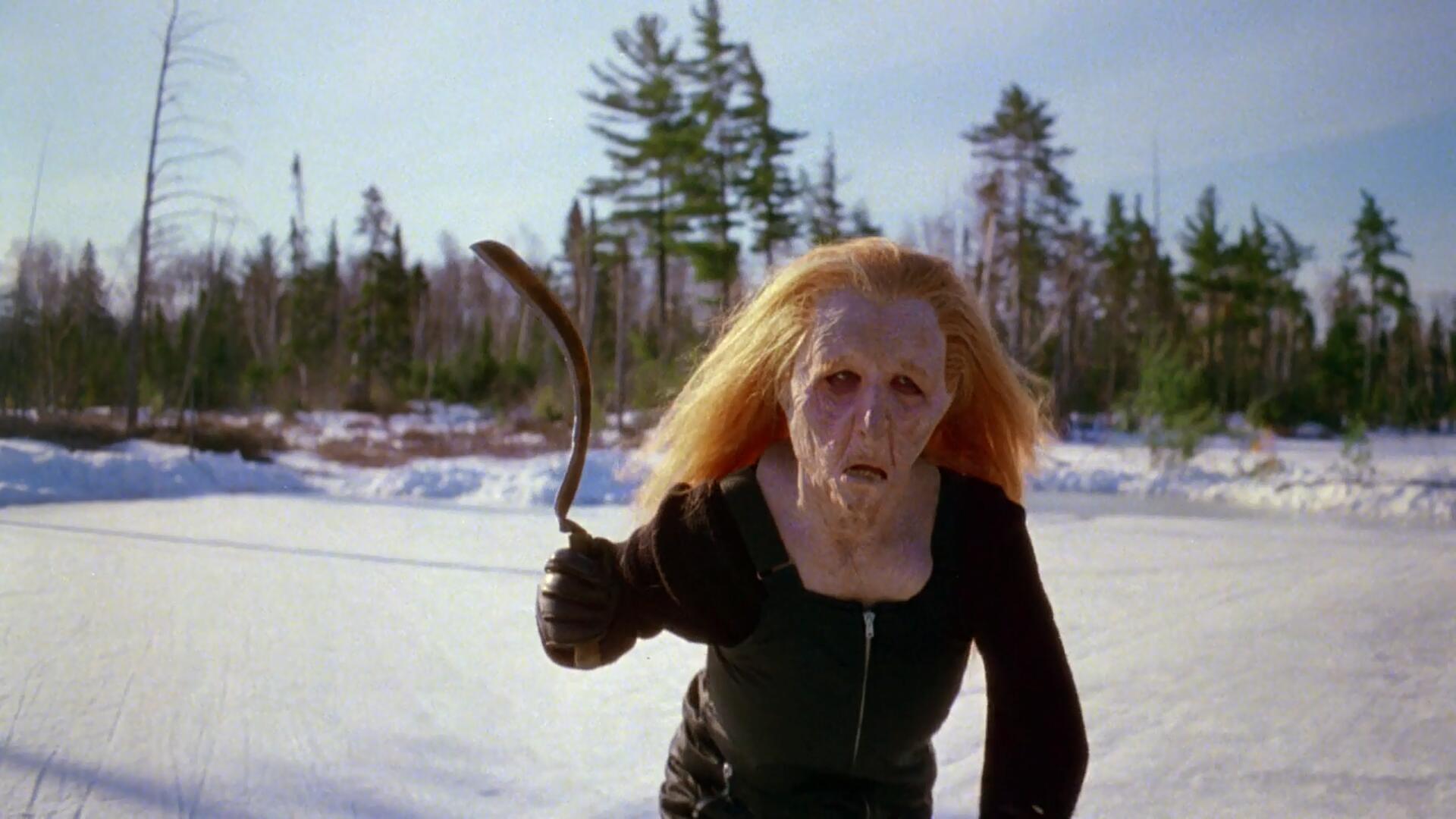 When I think of watching horror movies on cable television when I was 13, one of the images at the forefront of my mind is a black-clad killer wearing the mask of an old hag, ice skating toward their victim with a gleaming sickle in-hand. I think of Curtains.

I don't think I watched Curtains more than 2 or 3 times during my formative years —and I certainly don't recall enjoying it as much as some of the other slasher movies that I absorbed at the time — but its visceral impact has stuck with me for 30+ years, which is saying something. It was with a little trepidation that I revisited it this month for my Octoblur horror marathon, as I also recalled that it wasn't particularly good.

I was wrong. Curtains is an above-average '80s slasher — more of a Canadian giallo, actually — with a lengthy, interesting set-up that fully activated my sensitive "insane asylum" willies before injecting some fresh twists and turns into a familiar formula.

Starring B-movie veterans John Vernon (Animal House) and Samantha Eggar (The Brood), the bloody meat of Curtains takes place at a snowy casting retreat for a handful of actresses vying for a coveted role. However. most of them get murdered by a killer wearing a gruesome mask.

Well-directed by cinematographer Richard Ciupka, who took his name off the film, and well-acted by Vernon, Eggar and Lynne Griffin (who co-starred in Strange Brew the same year), Curtains is a seedy, grimy nasty bit of fun, with some very memorable moments. 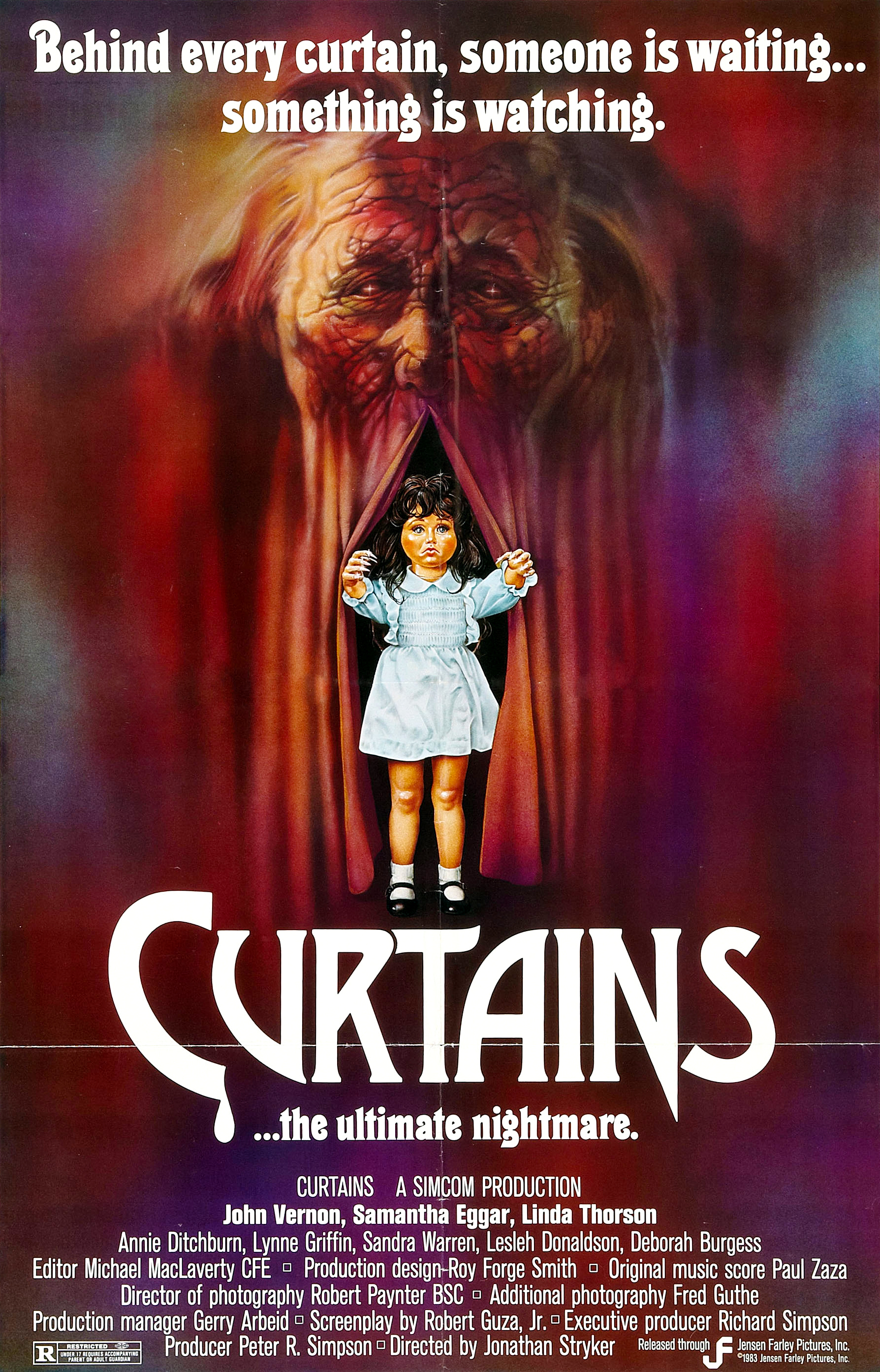 More about Curtains (1983) on Videopolis