One of the highest rated horror movies on IMDb, this 1961 adaptation of The Turn of the Screw has terrific atmosphere and acting, but the story doesn't hold up well by today's standards.

Deborah Kerr stars as Miss Giddens, who is hired as governess for two orphans living at an isolated country mansion in late Victorian England. Giddens starts to notice odd happenings at her new place of employment and becomes convinced that her two charges are in the thrall of otherworldly powers.

There is a lot to like about The Innocents, beginning with a terrific, dynamic performance from Kerr (who seems strangely attracted to roles of put-upon governesses) as well as the children, Pamela Franklin & Martin Stephens, both of whom featured in other significant horror classics: Stephens was already recognizable from The Village of the Damned, while Franklin would go on to star in The Legend of Hell House and Satan's School for Girls. Both young actors are marvelously eerie in The Innocents, and the shroud of gloom with which director Jack Clayton blankets the movie gives all  three actors a rich backdrop for their showcase.

However, time hasn't been as kind to The Innocents' screenplay. One can only assume that the prim Miss Giddens has an untold back-story as an occult expert, for she is so quick to discern and diagnose the children's mildly odd behavior as paranormal in nature — and no sooner has she proclaimed it so than she has also devised a sure-fire plan for its resolution, and all without consulting a single tome of exorcism rites! What were Victorian maids reading for fun in those days?

Of course, just like the other highly celebrated ghost movie from the same time period, The Haunting, the central tension in The Innocents is whether Miss Giddens' spectral hypothesis is real or a symptom of mania. As I've declared earlier this month, I find this common trope deeply unsatisfying. In The Haunting, at least, even those convinced of the supernatural are never sure what is happening, whereas Miss Giddens confronts it with such certainty that her story tests the bounds of credulity. Clayton's screenwriting team of William Archibald, Truman Capote & John Mortimer try to have it both ways and plant fairly persuasive clues on both sides of the spectrum, both stoking and ending the debate in a dispiriting manner. 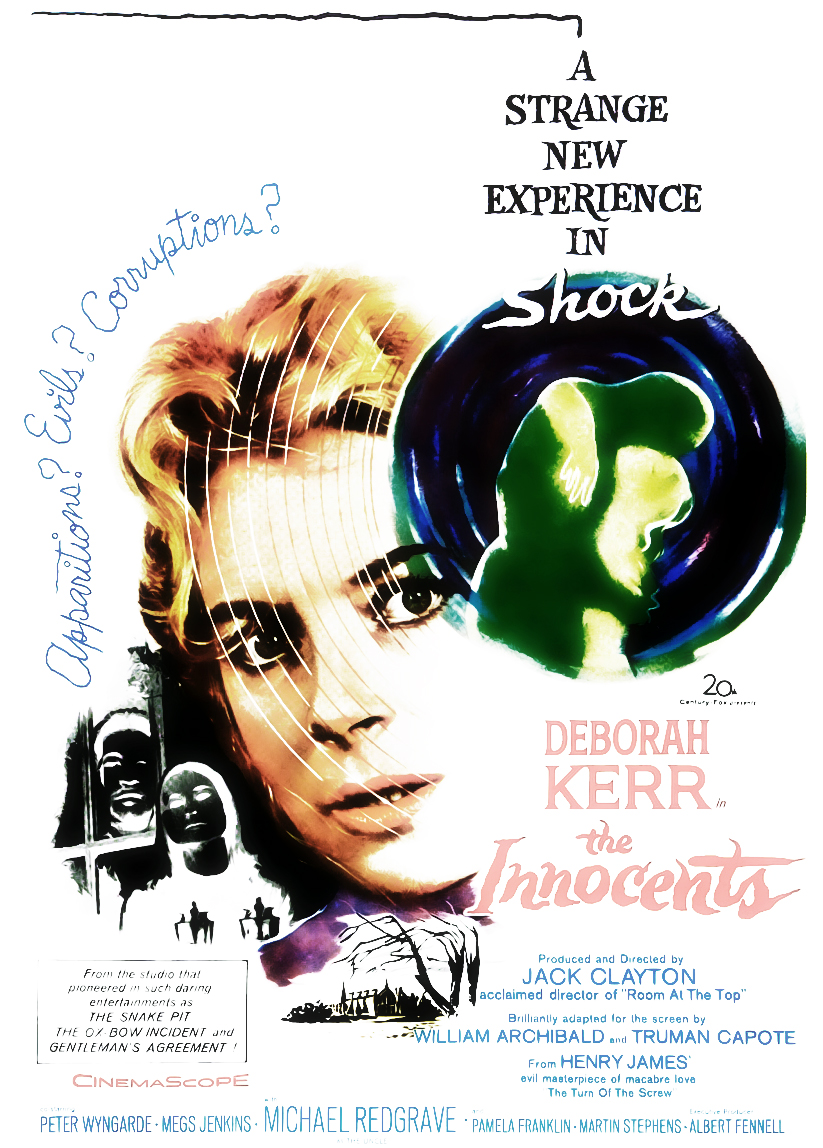 More about The Innocents (1961) on Videopolis