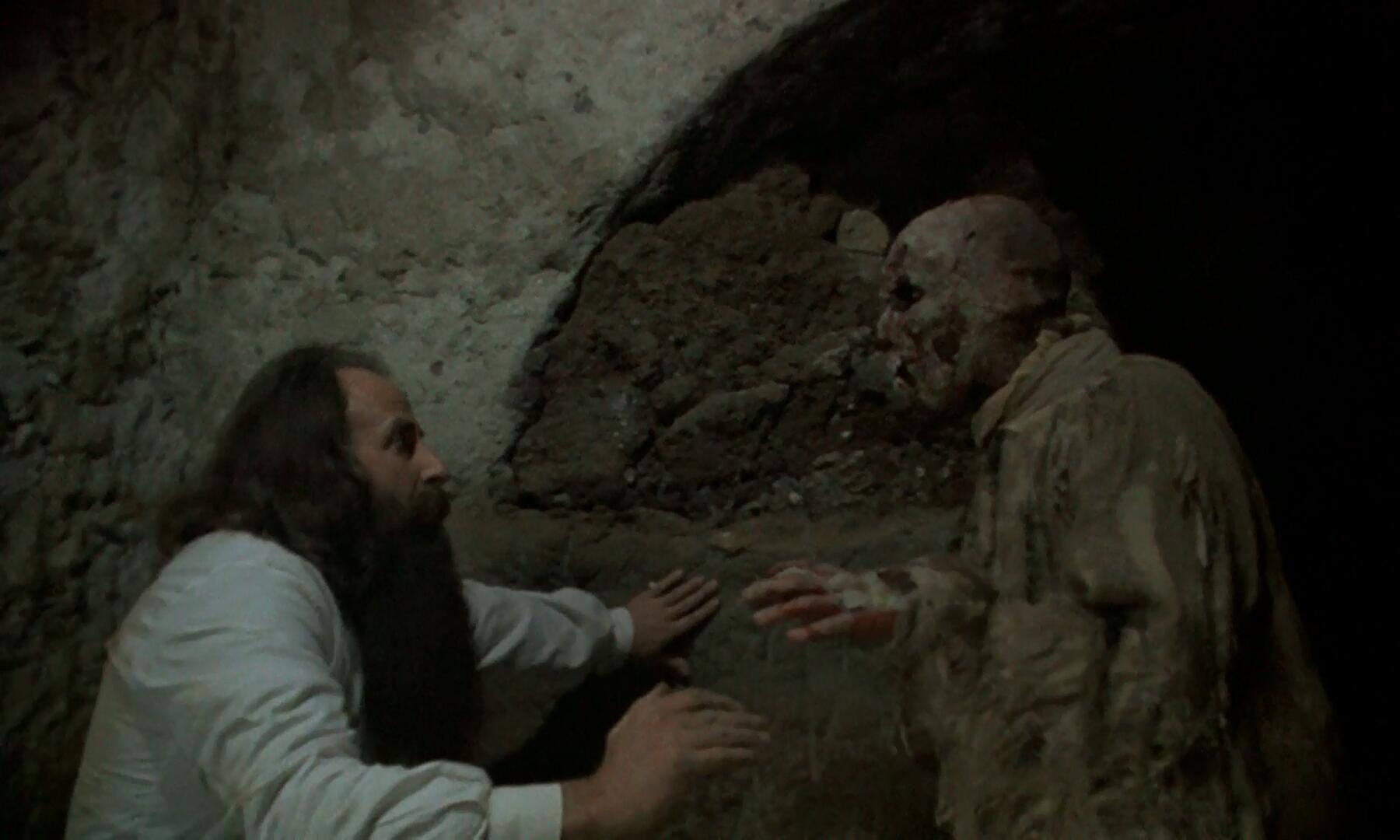 At the beginning of Burial Ground: the Nights of Terror, a professor with a full beard goes digging around in an old tomb. This wakes up an army of the most pathetically lethargic zombies Italian exploitation cinema has ever seen. Instead of running away from this glacially approaching horde, the professor attempts to stave off the zombie attack by yelling, "I'm your friend!" It doesn't work.

Cut to a nearbv villa, where three couples and a creepy goon-faced kid are taking a holiday. It seems like nothing can keep the adults from fornicating — even "young" Michael (played by 25-year-old dwarf Peter Mark) cops a feel from his mother — until the languorous zombies arrive, starting a 75-minute marathon of lingering shots of women screaming, worms crawling on zombie faces, zombies slowly sauntering neaerer and nearer, men looking semi-alarmed, and bloody gut-munching.

Burial Ground: the Nights of Terror is really a piece of crap, with the exception of the lovingly crafted zombie masks. It has no visual style, a weird sci-fi score, the least threatening army of the undead yet recorded, and no attempt at character or plot. However, it works. Where its more stylish contemporaries often get bogged down in ludicrous plots, insipid characters and numbing exposition, director Andrea Bianchi cuts right to the action, and it never lets up. It is one of the purest zombie movies I have ever seen and deserves some kind of admiration for that. 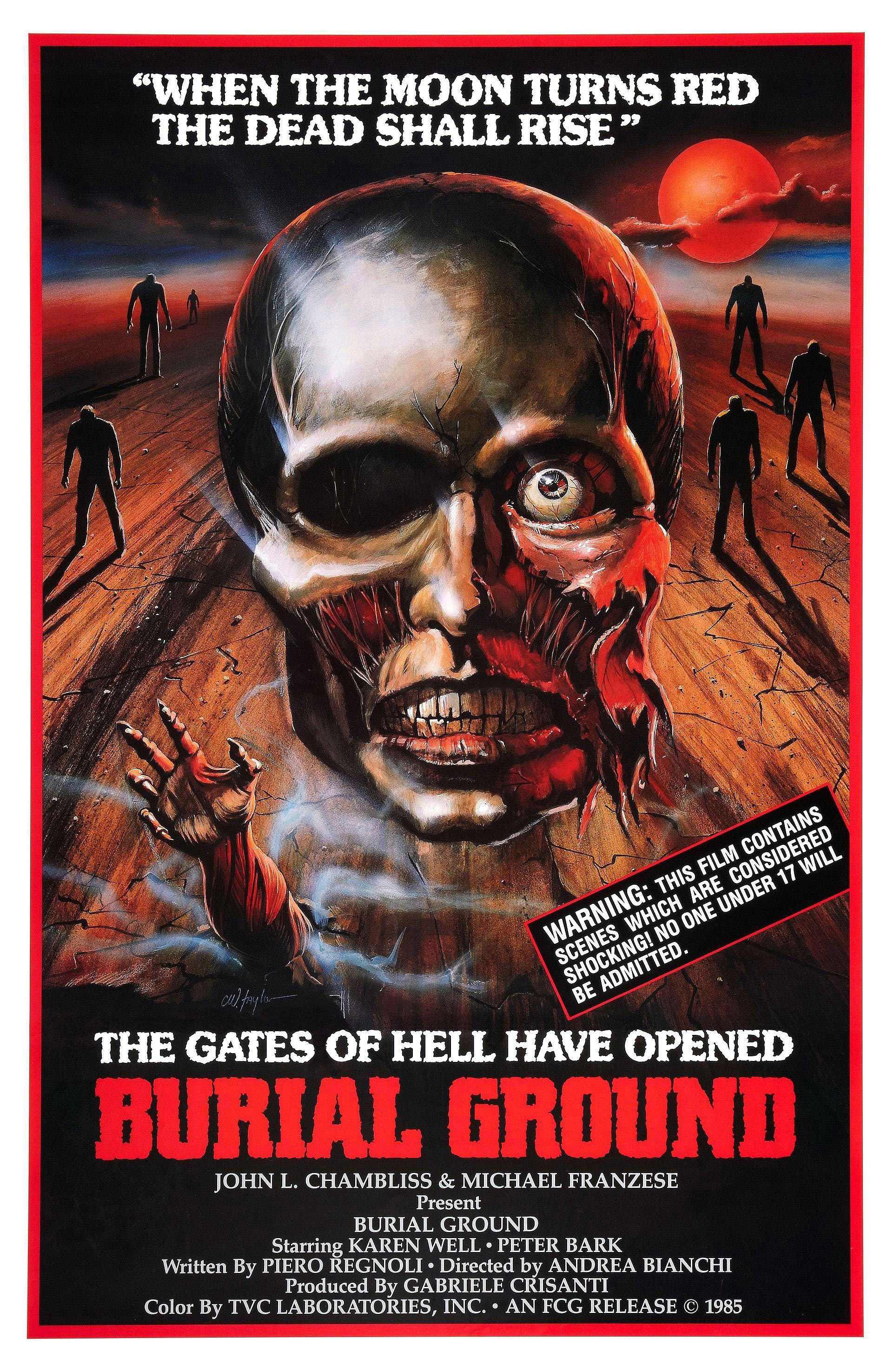 AKA: The Zombie Dead
More about Burial Ground: The Nights of Terror (1981) on Videopolis