The 2012 horror/mystery/thriller Sinister may be better than I give it credit for. It's well-made and has plenty of tense, eerie scenes — but it also employs a couple of genre tropes that I just don't care for at all.

Ethan Hawke stars in Sinister as a true-crime writer so desparate for another hit book that he moves his family into a house where the last family was gruesomely murdered. While unpacking, Hawke discovers a box of Super8 film reels, each of which documents the murder of a different family by the same perpetrator. Instead of sanely contacting the police immediately, Hawke launches his own investigation of these mysterious snuff movies.

There are several vividly realized, solidly creepy and, at times, quite scary moments in Sinister, which was co-written & directed by Scott Derrickson, the man behind the excellent The Exorcism of Emily Rose. However, the plot of sinister is problematic in a number of ways. Fundamentally, Sinister suffers from key characters repeatedly ignoring obvious questions or required actions when faced with new information. Some of this may be retroactively explicable by events that unfold later, but that doesn't help levy the consternation created in the moment. the easier you are able to swallow little nuggets of implausibility, the smoother the rest of the movie may go down. However, Sinister also engages a couple of my plot pet peeves, further complicating my reaction.

I am not a fan of the trope "Wife Who Hates Husband's Job" and Sinister dives into that cliche with abandon. Overall, Juliet Rylance's character is poorly written, changing her tune on a dime like a mild manic depressive. Sinister also runs Ethan Hawke's character through the "Is it supernatural, are you dreaming, or are you insane?" gauntlet, which I find annoying. I can't think of a single movie where any answer other than "it's supernatural & really happening" was remotely satisfying, and I object to being forced to guess for 40+ minutes whether or not I will end up hating what I'm watching.

That said, Sinister has an interesting and compelling resolution, even if I'm not exactly pleased with how it was put together. the entire movie is littered with vague red herrings that may or may not fit in to the final picture, but remain diverting to consider, and I'm curious to see if any of these are developed further in Sinister 2, which is due in 2015. 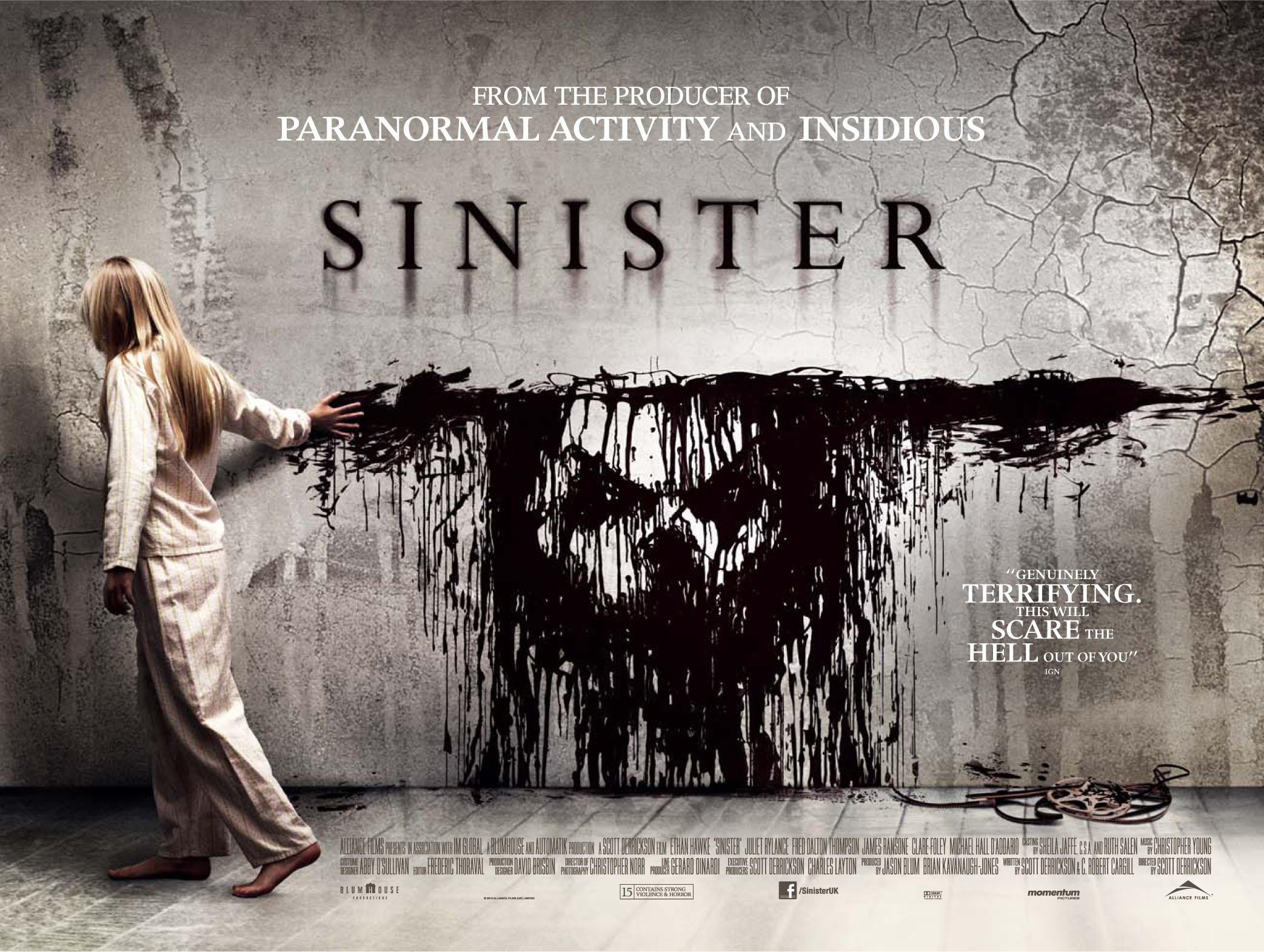 More about Sinister (2012) on Videopolis