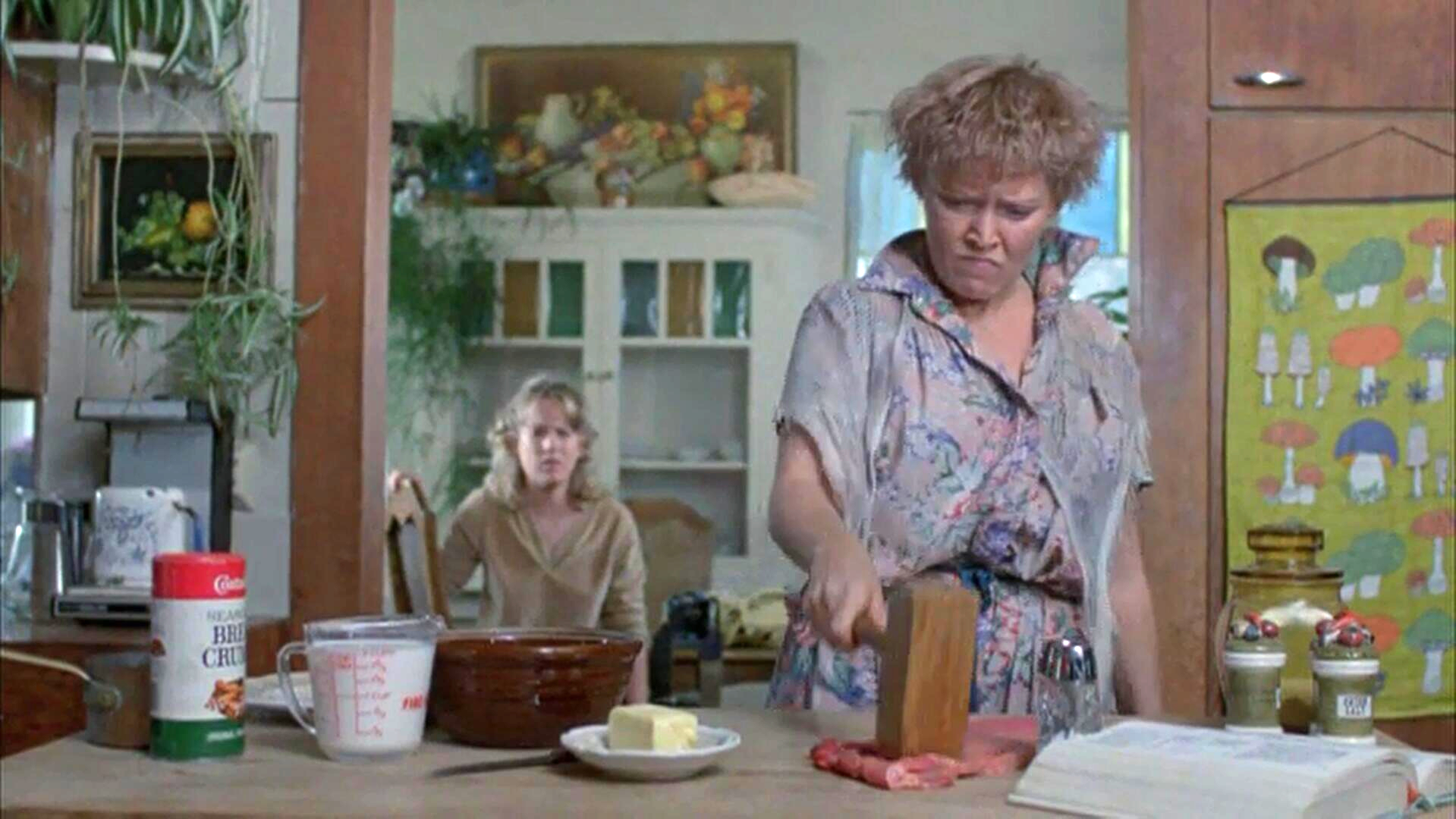 I'd never heard of Night Warning until Code Red's DVD release was mentioned on a movie blog a few weeks ago, but it sounded like just the kind of obscure, grotty slasher movie I was hoping to discover this Octoblur.

Night Warning isn't really a slasher movie, though — at least not until near the end. Instead, this is a fairly original reshuffling of quite a few horror movie tropes that never quite sticks to an existing template.

Teen hearthtrob Jimmy McNichol (brother of Kristy) stars as Billy, a high school basketball star considering his college options. However, Billy's Aunt Cheryl (Susan Tyrell), who has raised him since age 3, after his parents were killed a grotesque car wreck, is a little too attached to Billy, and isn't ready to let go.

Most horror movie fans will feel like they have a pretty good idea of where a movie with this premise is heading, but Night Warning takes an unusual and sometimes random route before it gets there. Unlike it's generic title, which replaced the more vivid and hysterical original title Butcher, Baker, Nightmare Maker, William Asher's movie is unique, compelling and often fascinating, even though it often seems to be lacking any kind of talent behind the camera.

Not one of the great slasher movies of the 1980s, but weird and fun and worth checking out.

Also features Newhart's Julia as Billy's girlfriend, a young Bill Paxton as Billy's b-ball rival, and Bo Svensson in a terrific role as a macho police Lt. who is fabulously wrong about everything. 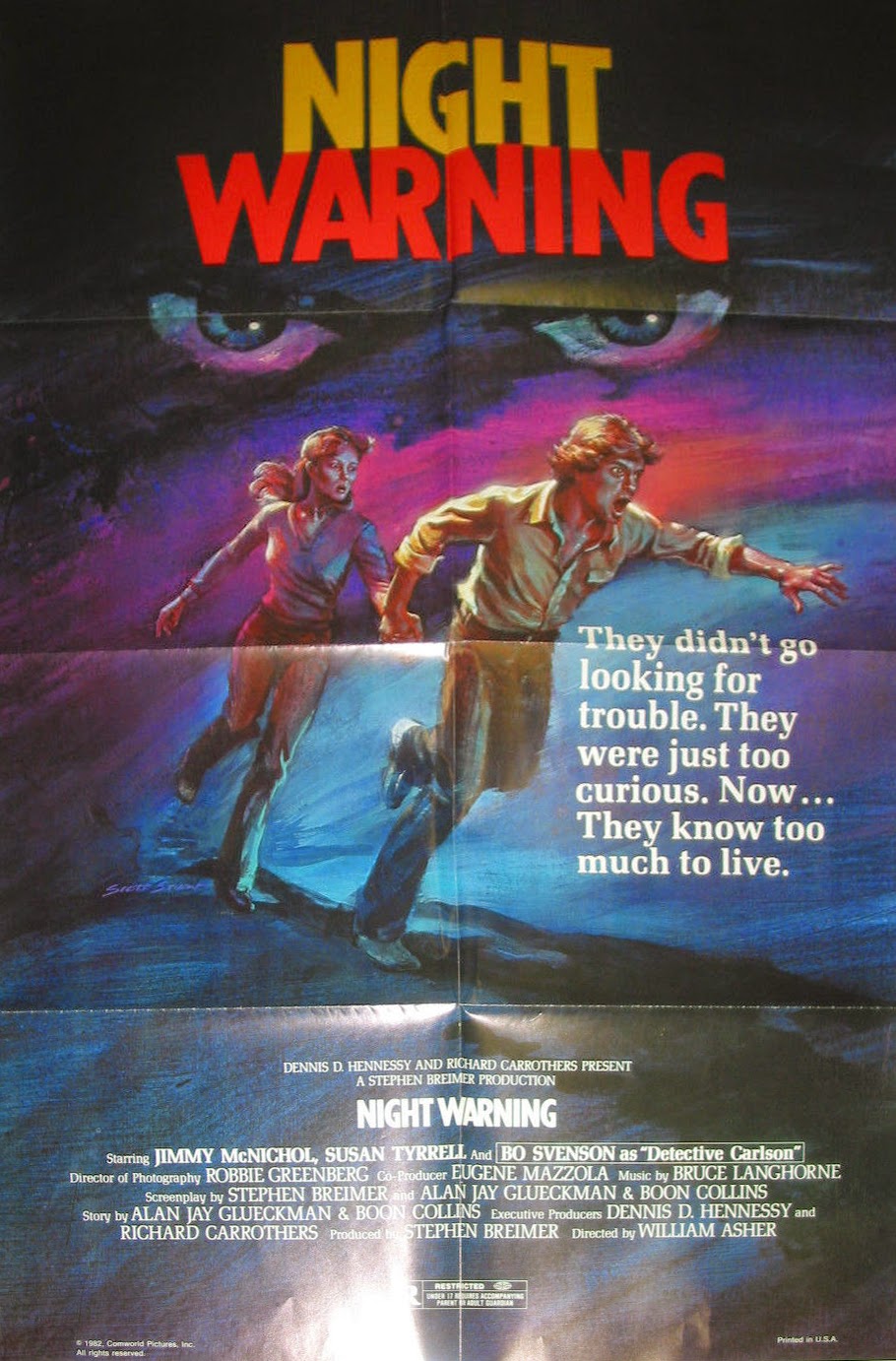 More about Night Warning (1982) on Videopolis