Cat's Eye is another one of those movies I must have watched more than once on cable in the 1980s but had no recollection of 25 years later. In this case that's because it's not very good.

The problem with horror anthologies is that they often feel like mediocre TV content dressed up in a half-ass "movie" costume. That's certainly true about Stephen King's Cat's Eye, a 1985 anthology of short movies based on King's stories.

The first two segments  — with James Woods as a smoker who inadvertently hires the mob to help him quit, and Robert Hayes as a man who ill-advisedly tries to run off with a gangster's wife — are well-made and passably entertaining mid-level "Tales from the Dark Side"-style episodes. the third story, however, featuring Drew Barrymore as girl under threat from a soul-inhaling goblin, is boring and anti-climactic, deflating rather than elevating the entire movie. 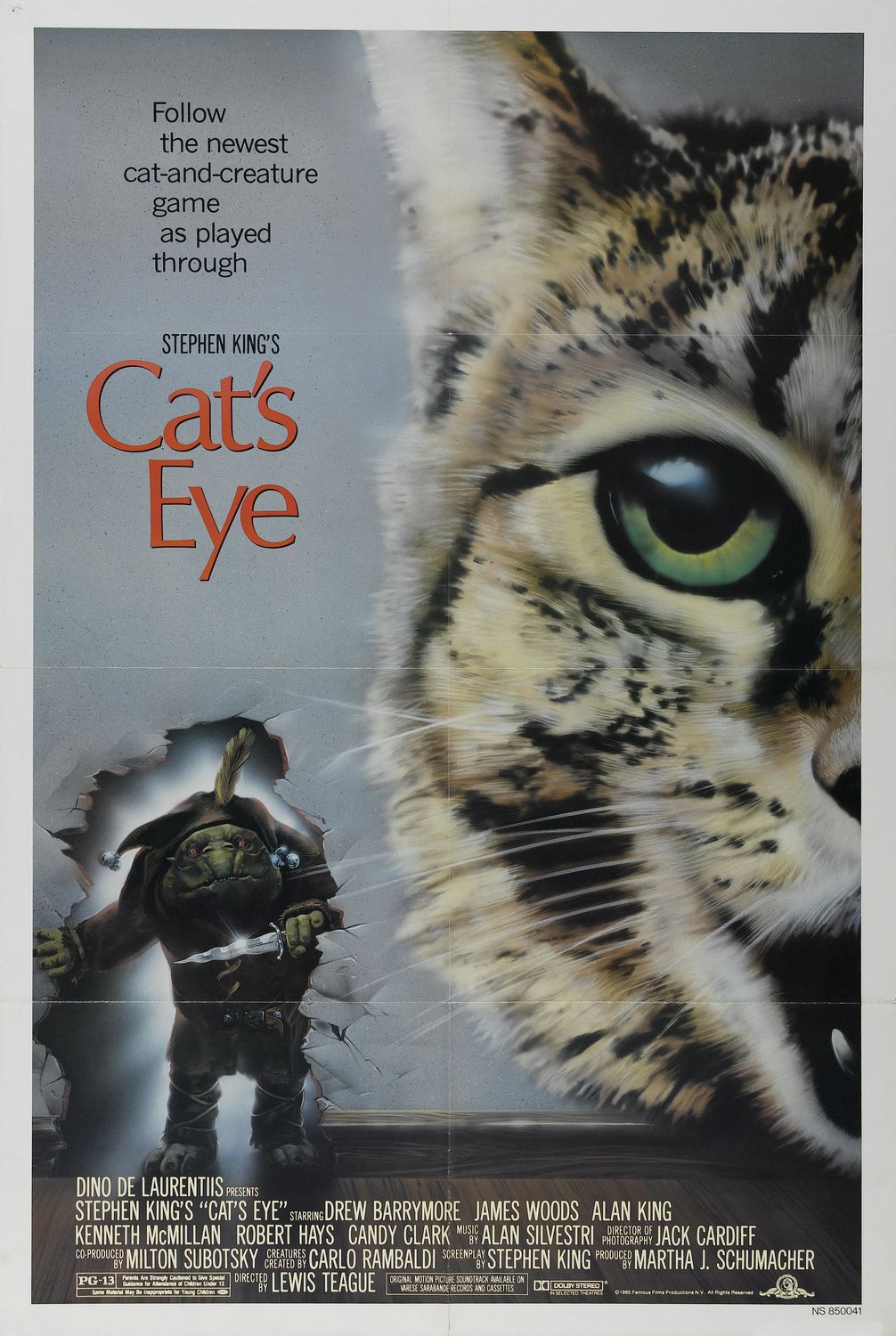