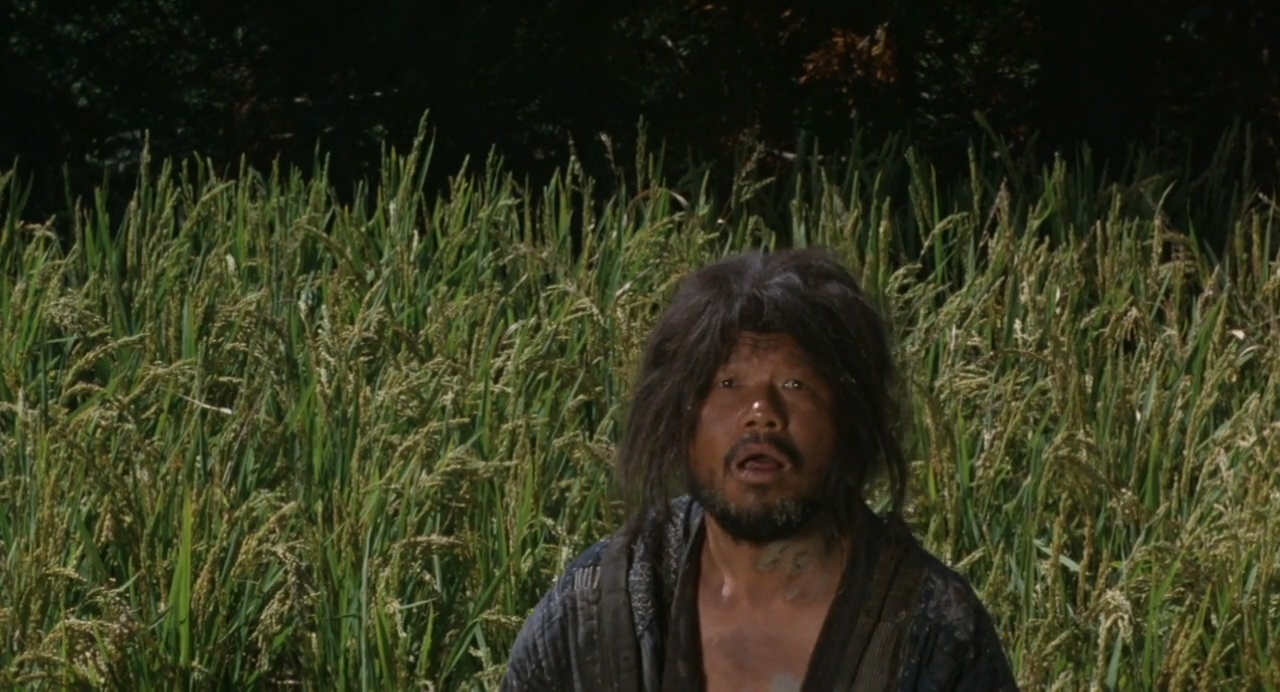 Movie Challenge: A 'Living on the Edge' Triple Feature

One of the Movie Challenges in which I participate is a monthly random draw of select Flickchart users. I will watch one or more movies which I haven't already seen from near the top of that user's chart. In July, I drew the chart of Quirky, a.k.a. Josh Haysom, a Flickcharter who shares my favorite movie of all-time, The Godfather, Part II, and is otherwise highly compatible with my taste. He was the highest scoring contributor to my Potluck Film Fest last year, recommending my top two movies of the entire year-long challenge, and he almost always comes in at or near the top of my movie compatibility calculations.

My top three unseen movies from Quirky's chart were all, to varying degrees, about people struggling on the fringes. The first, Mon Oncle Antoine, was by far the most gentle of this informal trilogy. Even so, it covered ideas that would recur throughout all three movies, namely the carnal impulses that represent people at their most animalistic and the inescapable spectre of death; that these two factors are felt even more acutely by those who are barely surviving is especially relevant to both Luis Bunuel's Los Olvidados (1958) and Shôhei Imamura's retelling of The Ballad of Narayama (1983).

MON ONCLE ANTOINE is a quiet French Canadian drama which presents a coming-of-age story within the environment of a depressed rural community. While unusual for Hollywood, this type of humanist slice-of-life is a fairly common occurrence in foreign art films, and I enjoy it more often than not.

Claude Jutra’s film starts well, gently observing the everyday details of life in a remote village adjacent to a mine. There’s a father who is chronically dissatisfied with both local sources of work — the mine and the lumber mill; there’s an adolescent boy who is always seeking mischief, whether sneaking sips of wine as an altar boy or peeping on customers at his uncle’s store. Men are preoccupied with work and women. Women are concerned with navigating the predictable whims of their men and tending to their families. Boredom with routine and the disappointment of limited options, even among the most successful villagers, is commonplace, but the wonders of life and love are still there in small important ways, acutely felt by young and old, as is the mundane inevitability of death.

When Mon Oncle Antoine sticks to these vidily captured details of life, it's at its best. When it diverges into more stylized treatment of relatively sensational subject matter during its climax, I found it less rewarding. There is great narrative weight given to a seemingly easily resolvable conflict; there is a flatly comical dream sequence that adds nothing; there is indulgence in a trope which I typically find artistically and thematically debasing (exaggerated sloppy eating); far too much time is spent waiting for a simple-minded character to make decisions.

None of these missteps detracted from the many fine moments of simple poetry from earlier in the film — like the contentious but intimate encounter between a husband and a wife in a barn, or the clumsy flirting between two youngsters —but they did derail my interest and empathy during the final third, when they were most needed.

LOS OLVIDADOS is like a distant precursor to Larry Clark's Kids, Francis Coppola's The Outsiders, or Penelope Spheeris' 1983 cult classic SUBURBIA. Set amongst the impoverished street kids of Mexico City, Los Olvidados seems, at first, unusually naturalistic for a surrealist like Buñuel; but, as it explores the gritty and often criminal desperation of a gang of wild youths who are held in contempt by even their own parents, Buñuel finds ample room for absurdly funny flourishes, oddball superstitions, terrifying dream sequences, and most of his other edgelord provocations.

One of the strongest assets of Los Olvidados is its omnidirectional lack of sentimentality, intentionally undermining typical figures of empathy. The kids, although victimized themselves, show no compunction about robbing the disabled; and even the disabled are creeps when you get right down to it. Los Olvidados is quite scathing, but Buñuel manages it all with such a fine balance and restraint that the complex humanity of his characters is affecting even when they're doing something terrible. He's constantly subverting expectations, but not gratuitously or for the sake of shock value — it is, however, explosively and devastatingly shocking at times. Just when you think that Buñuel has fallen into the banal trap of explaining sociological issues, he is quick to undermine his temporary veneer of sanctimony.

It's a compelling and, ultimately, wrenching portrait of kids in crisis and not one that will be easily forgettable.

This second film adaptation of Shichirō Fukazawa's novella The Ballad of Narayama takes the "life is cheap" theme of Bunuel's Los Olvidados and, somehow, doubles down on it with an even darker look at desperate people who will do whatever it takes to stay alive.

In a remote valley below the mountain Narayama, the hard scrabble villagers reserve no sentimentality for life, pursuing their daily needs very much like the animals in the surrounding wilderness. Food is scarce, to be hoarded or stolen; industriousness is prized with no room for folly; and if a willing woman can't be acquired, sex with the neighbor's dog is not out of the question. Dead babies are discarded by the stream, live babies might fetch a good price; either way, it's thankfully one less mouth to feed. Justice is handled by the pitiless mob. The only subject afforded any romanticization is the death of the old, particularly through the arduous ritual of carrying the elderly up the mountain, where they are left to die.

Directed by Shôhei Imamura, The Ballad of Narayama is confrontationally distant. Unlike Bunuel, who delights in the sleight of hand of building and then withdrawing empathy, Imamura depicts shockingly amoral negotiations of raw urges with no detectable comment, adhering to naturalism in both his storytelling and visuals, with just a hint of poetic embellishment. It's a fascinating rumination on the often intolerable burdens of family and life and the value of convoluted superstition in sustaining another generation of struggle.

I've had the 1958 version of The Ballad of Narayama on my watchlist for some time; now, I'm even more curious to see how another director, in the much more tame period 25 years earlier, dealt with this same powerful material.