We come here and we go out alone.

On the one hand, Lucky doesn't seem like anything special. It has the plaintive tone of a lot of independent cinema, with long patient takes of Harry Dean Stanton as the title character going about his daily business against a quiet, southwestern small town setting. If any other actor were featured in the lead role of John Carroll Lynch's directorial debut, its appeal might limited to that of a nice but forgettable festival also-ran. However, through its doing very little beyond depicting an irascible man contending with the inevitability of aging, Lucky somehow conjures the enormous weight of the 90-year-old Stanton's entire career, infusing this smallest of films with overwhelming emotion; it's as if all of Stanton's seven decades in movies was leading to this point with the intent of perfect summation of both the actor and the man.

At times, Lynch reiterates ideas that don't need the extra emphasis, and some of Lucky's more philosophical moments can feel forced, but it's hard to imagine a more fitting and moving testament to a performer who, while rarely taking center stage, has been so present throughout my film-going life. I walked out of Lucky wanting to watch Stanton's entire filmography, from beginning to end, and buy all of his records, if he has any. Even though Lucky himself is a vocal atheist, this movie about him feels like an act of providence. 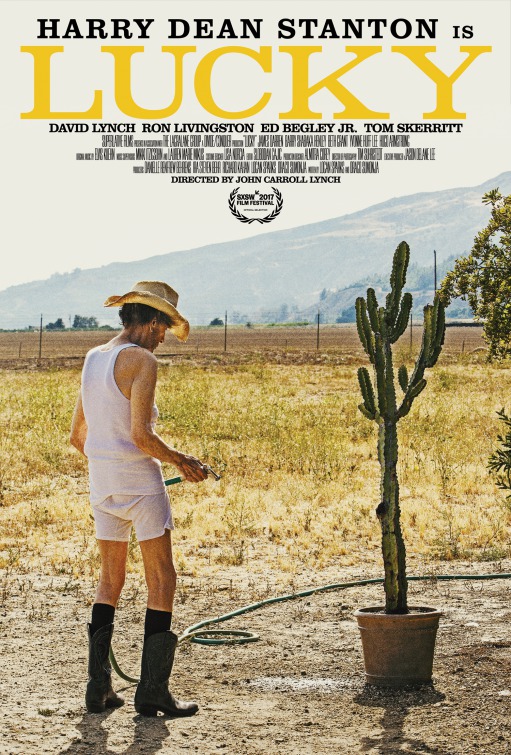