A man's reach should exceed his grasp, or what's a heaven for?

The Lost City of Z received both a wide release and some effusive praise when it hit the cineplexes during the Spring of 2017, a time of year typically reserved for forgettable low-hangers. It bombed, seemingly falling short of audience expectations that it might be some kind of rousing jungle adventure, rather than a quiet and pensive study of fruitless obsession. Fruitless obsession just so happens to be one of my favorite movie subjects (for reference, see Apocalypse Now, Taxi Driver, Vertigo and Zodiac among my Top 20 Favorite Movies), and James Gray's historical drama captures it with a soulful artistry and surprising emotional depth.

Recounting British soldier Percy Fawcett's repeated visits to the Amazon in search of a hidden civilization during the early 20th century, The Lost City of Z recalls the inwardly-focused jungle epics of Werner Herzog (Aguirre: The Wrath of God, Fitzcarraldo), expanding the haunted soul of the explorer, who is at the mercy of both untamed nature and the madness that it inspires in men, onto a large canvas of exotic and elusive mysteries. Shoehorned into this mostly elegant interior adventure, unfortunately, are several clumsy scenes during which Fawcett's family, especially his wife (Sienna Miller), loudly explain conflicts that would have been much better served as subtext. Those few obnoxious scenes notwithstanding, however, The Lost City of Z is a gripping and thoughtful journey into psychological geography, with fine photography by Darius Khondji. 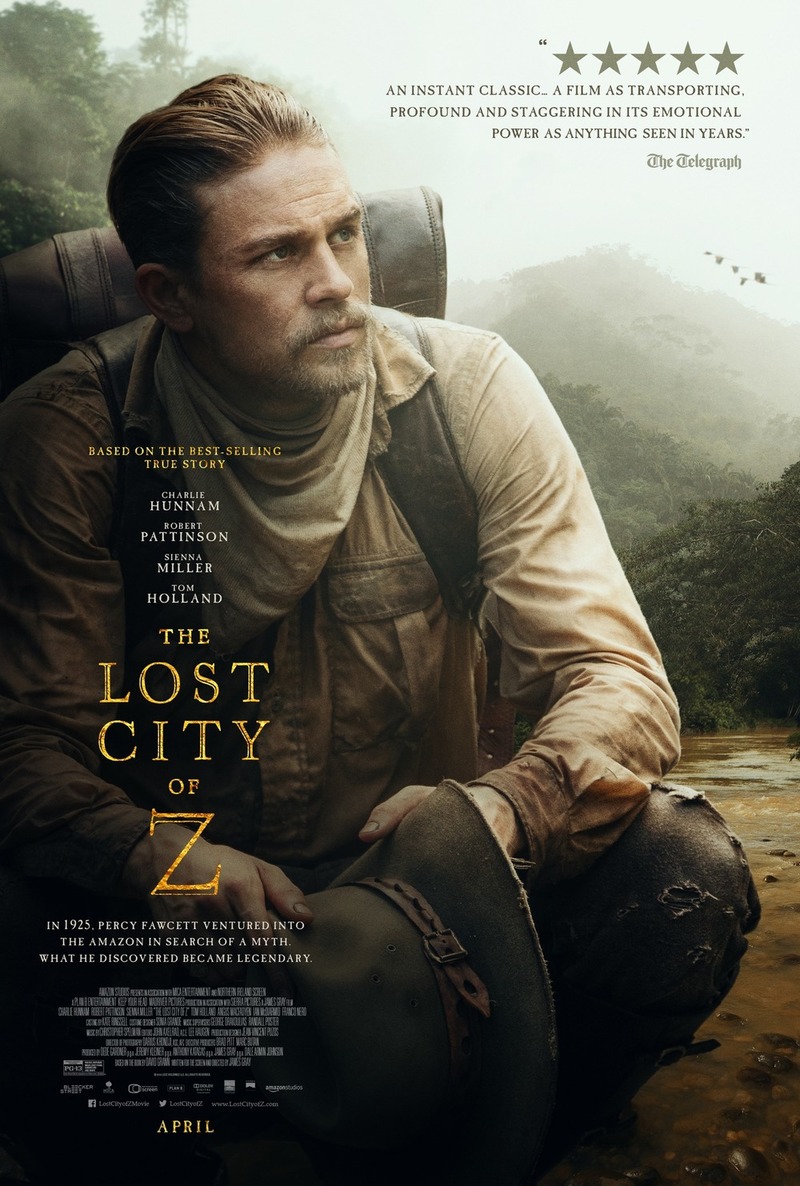